WARNING: Major spoilers for Pokémon Sun and Moon and Pokémon Ultra Sun and Ultra Moon follow. Read at your own risk.

The villainous team of the Alola region. Their designs are based on punk culture, and unlike the crime syndicates and terrorist groups before them, they operate more like street gangs than anything else, having a strong sense of familial bonds throughout their ranks. Not to be confused with the trio of Poison-type Pokémon from Pokémon Mystery Dungeon: Explorers. 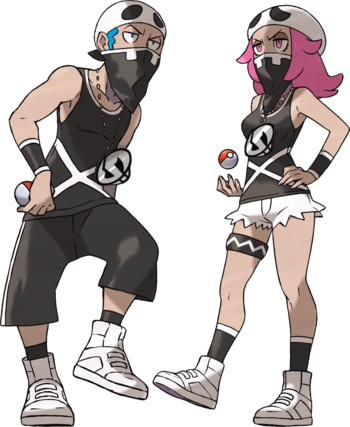 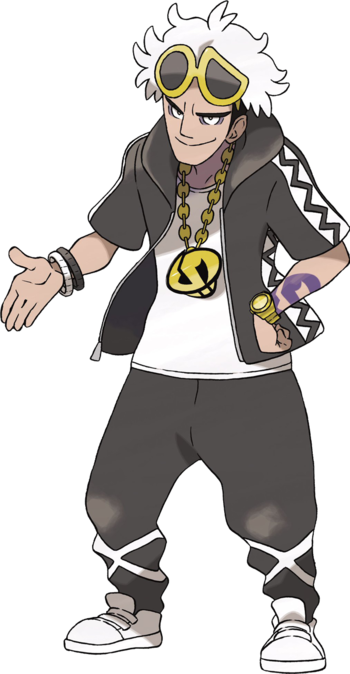 "Wanna see what destruction looks like?
Here it is in human form - it's your boy Guzma!"

The leader of Team Skull. He's a fierce and merciless battler, and seems to have a past with Professor Kukui. He is a Bug-type specialist, until the Battle Tree, where he diversifies his team into Poison-types and Dark-types.

The sole admin of Team Skull, she's described as the "Big Sister" of the gang and looks out for the younger members while keeping them in line.