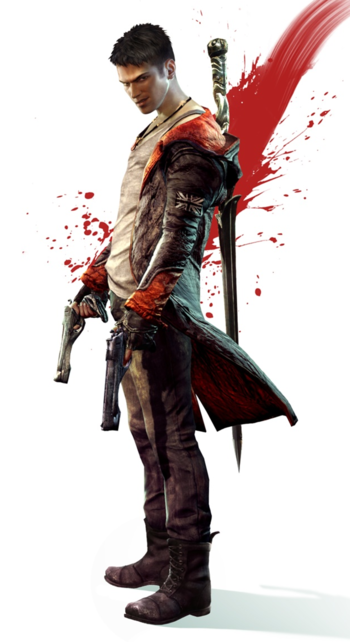 "Good. I finally have your attention."
Click here to see white-haired Dante 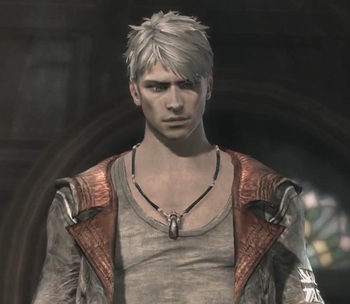 "My name, by the way, is Dante! But you can call me 'Dante the Demon Killer'! Has a nice ring to it, don't you think?"

The main character of DmC, Dante is the son of a demon named Sparda and an angel named Eva. Dante grew up in various institutions, orphanages, youth correction facilities, and foster homes, but these were mostly operated by demons, and often resulted in torture and violence. Now he fights to rid the city of tyranny. 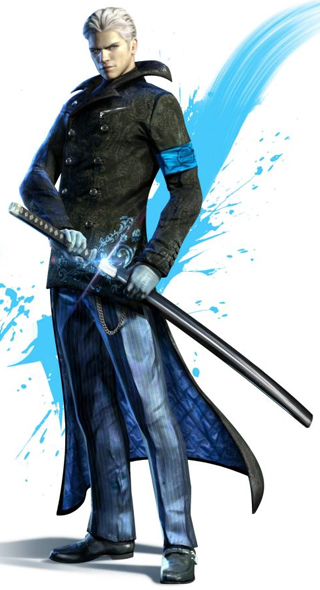 "I've been looking for you for a long time now."
"This is a message from the Order: Demons... we know your game. Your cameras watch us, your media brainwash us, your drinks poison us, and your banking system enslaves us. Demons.... the game has changed. We have a new weapon, and he's coming for you."

Dante's twin brother. While Dante was admitted to an orphanage run by demons as a child, Vergil was adopted into a rich family. Highly-gifted, Vergil wrote a security encryption program that made him a multi-millionaire before he was even out of school.

However, Vergil eventually recovered the memories of his biological parents' death and exile at the hands of Mundus and swore to take revenge. He now uses his wealth in order to research and combat demons, making strategic decisions without letting emotions get in the way. 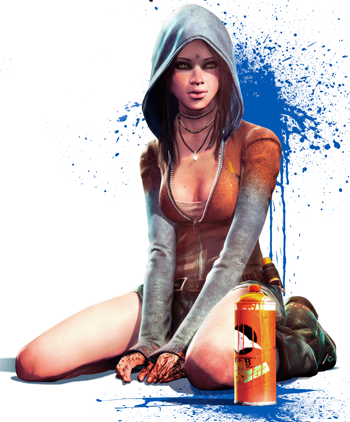 A mysterious agent of the Order, sent by Vergil to lead Dante to the Order's HQ and obtain the hero's cooperation in destroying Mundus.

Unlike most humans, she is capable of perceiving the demonic Limbo, due to latent psychic abilities. Also able to use basic Wiccan witchcraft. 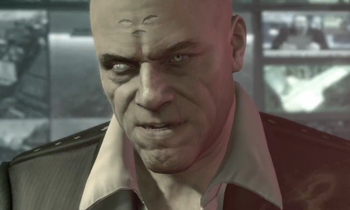 "You don't fuck with a god."
"Just like your father: too big for your fucking boots. Me, a god, versus you, a piece of shit."

The Big Bad in charge of all the demons in Limbo City, who in the human world operates under the guise of "Kyle Ryder", a banker who thanks to the Raptor News Network is considered a philanthropist by the general public. 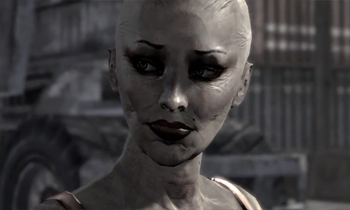 "I've been looking for a chance to unwind."
"This is exactly the opportunity I've been waiting for!"

Mistress of Mundus and owner of a popular nightclub, she is a high-value target of the Order. Was expecting to be the mother of Mundus' heir. 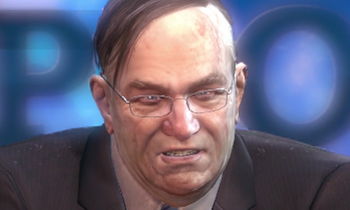 "My personal view on the terrorists, is that they are disgusting, degrading, and generally nauseating."
"This is Bob Barbas of the Raptor News Network, just doing God's work."

The anchorman on the Raptor News Network, the prime outlet of demon propaganda for Limbo City. 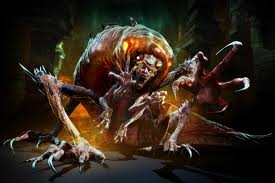 A Succubus, which is the production source of the "secret ingredient" put in the soda Virility.

An ape-like demon armed with a knife and a grappling gun. He attacks Dante's trailer and forces him to come out and fight. He'll proceed to stalk and attack Dante through the Limboified piers and into an abandoned park.

Powerful Swordsman and an elite bodyguard to Mundus.

A demon prisoner who Dante meets while making his way to Barbas. He was incarcerated for his loyalty to Sparda.

Brother to and formerly a lieutenant of Mundus and the father of Dante and Vergil. He was banished to eternal torment for betraying his fellow demons and forming a romantic relationship with the angel Eva.

An angel who formed a romantic relationship with and married the demon Sparda. She was killed by Mundus.