Characters / Devil May Cry Other

This page lists tropes related to background characters who appear in the classic Devil May Cry continuity. 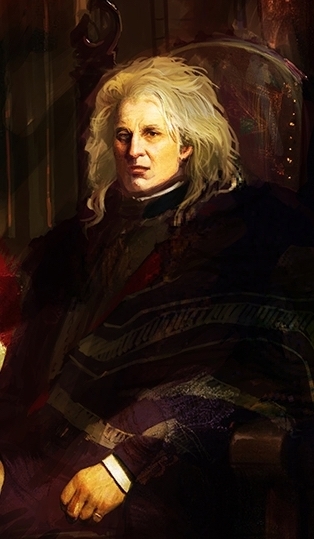 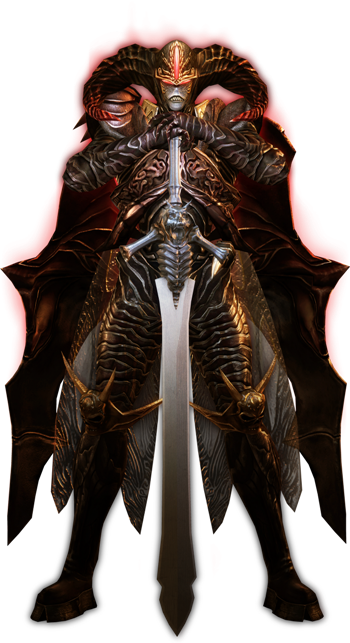 "In age of darkness, when the Earth was overrun with demons and humans were powerless under their rule... Humanity's hope lived in a demon named Sparda."

The demon father of Dante and Vergil, he was revered as the "legendary dark knight", as he saved humanity from the demon armies that wanted to conquer the human world. His sword shares his name, and possesses incredible powers.
Eva 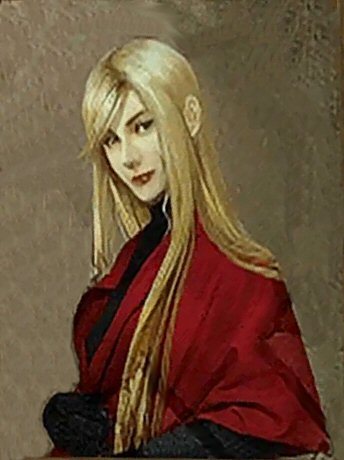 Sparda's human bride, and the mother of Dante and Vergil. Shortly after the twins' eighth birthday, demons attacked their household, and Eva was killed in her attempt to save her children.
Enzo Ferino 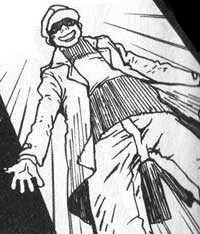 "Rumor says blue blood may be flowing in that guy's body. I tell ya, if he glares at a guy, even The Devil may cry."

An informer who sets up Dante's jobs, he's mentioned in the manual of Devil May Cry, and also shows up in Devil May Cry 3's prequel manga.
Nell Goldstein 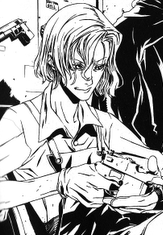 "Why should I be making weapons for a cold-hearted guy who drops the product of my blood, sweat and tears into a fire?"

A prickly, no-nonsense retired gunsmith in 1's prequel novel. She fixes guns, Dante breaks them by pulling the trigger faster than humanly possible, she calls him an idiot but fixes him up new ones anyway, rinse, repeat. 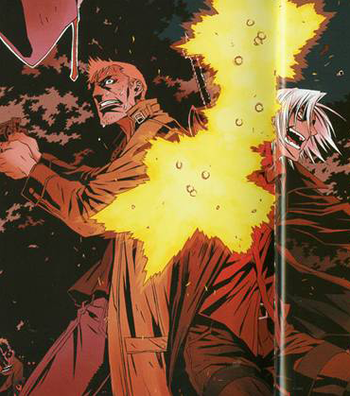 "Don't be so dramatic. Do you really think I'd be silly enough to die and leave my daughters behind?"

A jaded mercenary in 1's prequel novel who takes Tony somewhat under his wing. Not as hard-boiled as he tries to be. And it kills him.
Jessica
Grue's daughter, who essentially holds the household together. And is a good cook. And doesn't deserve what happens to her.
Beryl 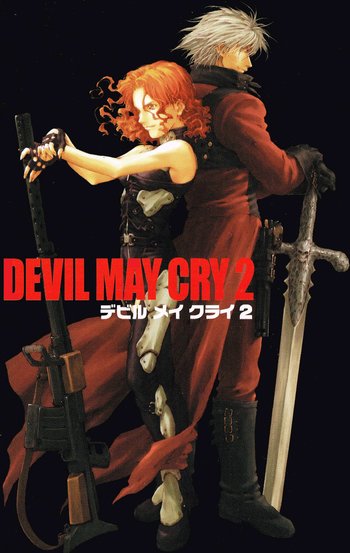 A red-haired human demon hunter in the Devil May Cry 2 prequel novel with a big gun. Sound familiar? note The answer is Lady. 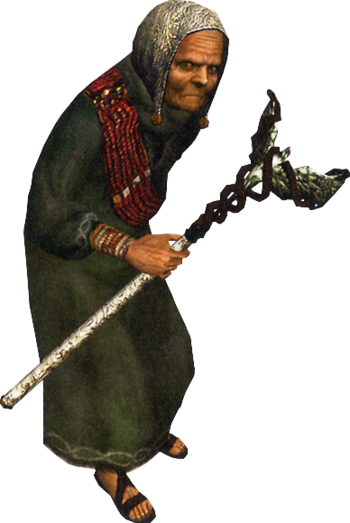 "You must not worry my dear. I am sure that he will return."
Voiced by: Flo Di Re

Lucia's mother and a member of the Vie de Marli, a clan of warriors who have the blood of demons in them. She is the one who sent Lucia to find Dante and informs him of Arius's machinations in Devil May Cry 2, bribing him with a story about Sparda. Despite the hardships Dumary Island faces, Matier remains cheerful and optimistic, sure that the "Son of Sparda" will eventually triumph.

It is later revealed that Matier is not Lucia's biological mother, having found Lucia when she was cast away by Arius and subsequently raising her as her own. Despite this, the two remain a tightly-knit family.
Alice

A mysterious girl featured in the Devil May Cry 3 prequel manga. She's the "missing person" job that Enzo had to convince Dante to take. 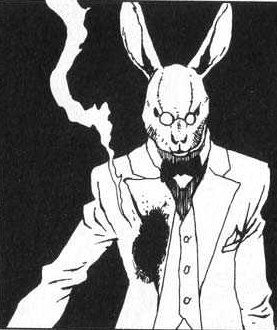 Click here to see Morrison in DMC The Animated Series 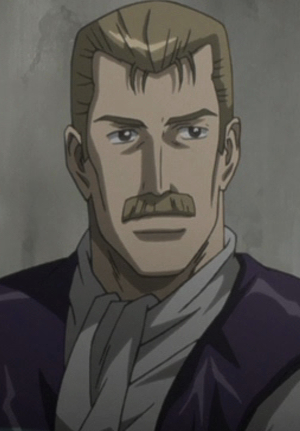 A character featured in Devil May Cry: The Animated Series. He acts as Dante's agent in the stead of Enzo Ferino. He also appears in the fifth game, albeit... looking different.
Patty Lowell 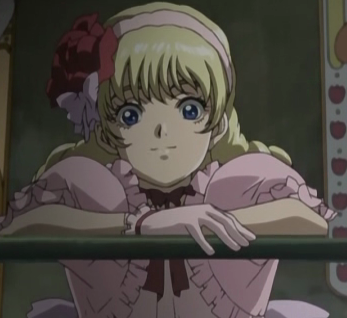 A young girl who Dante takes care of until her mother can be found in Devil May Cry: The Animated Series.
Baul and Modeus 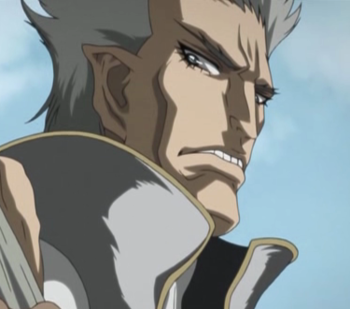 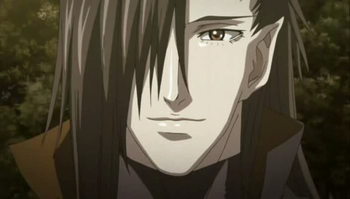 A pair of brothers from the Demon World introduced in Devil May Cry: The Animated Series. They were disciples of Sparda prior to his rebellion against Mundus.
Kyrie

"Nero, you're you and it's you I want to be with. I don't know anyone who is as human as you are."

Nero's love interest/sister figure, and Credo's little sister in Devil May Cry 4. She gets kidnapped as a power source for the Savior.
Nicoletta "Nico" Goldstein

"My brilliant, badass work is worth every dime, you know it."

A self-proclaimed "weapon artist", Nicoletta "Nico" Goldstein is Nero's business partner in Devil May Cry 5. She created Nero's prosthetic arm "Devil Breaker" after he had his Devil Bringer ripped off. Her grandmother

was gunsmith Nell Goldstein, the one who had created Ebony and Ivory for Dante. Meanwhile, her father was Agnus 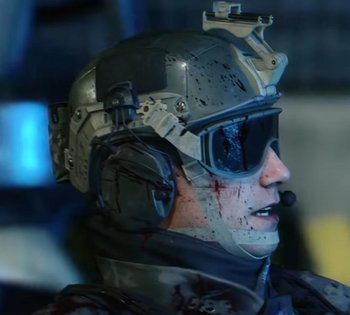 One of the human soldiers fighting the open demonic invasion of Redgrave City, a first for the series. 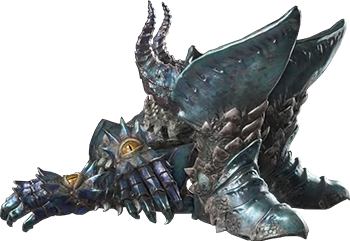 The new ruler of the Fire Hell who once served as The Dragon to Argosax. He appears in prequel novel of 5 on Dumary Island and battles Dante, but is defeated and willingly becomes a Devil Arm for him. 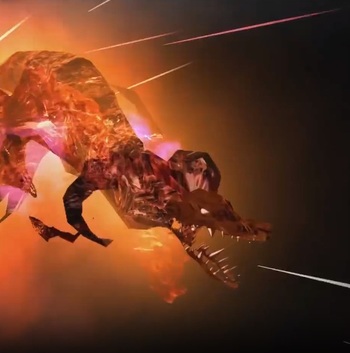 A member of a tribe of powerful dragon-like demons that dwell deep inside Hell. Little is known about him and his species.
God of Time and Space 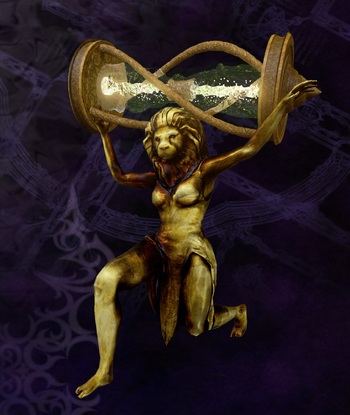 A mysterious deity whose likeness can be found on Divinity Statues, it has seen all there is to see and will offer the secret arts of war to those who make offerings of demon blood.