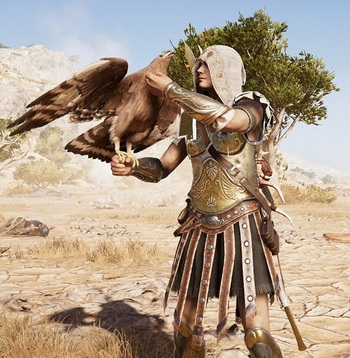 A sharp-eyed, lethal hunter with a surprising nobility. Yes, the perfect companion for an Assassin.
Advertisement: