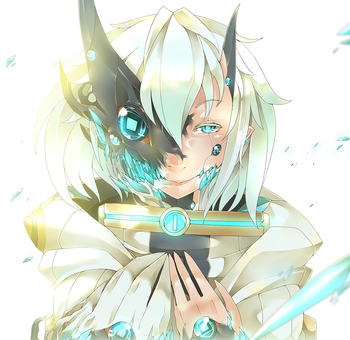 Even evil has stories to tell

Pale Blue is an upcoming 2D Action platformer by Tinker Games and art direction by Sinlaire. It was funded by a successful

Kickstarter campaign. However, the last update on the project had been in 2017, with the release of the prototype demo

, and nothing has been heard since then.

The game follows Villain Protagonist Cute Monster Girl Ellen who carries out various missions for Cocoon, the organization that made her, fighting superheroes from all over the world in order to create their own utopia.