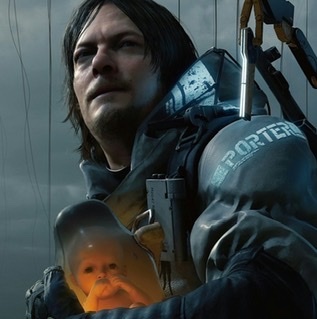 Formerly Sam Strand, Sam was a major figure in the first iteration of BRIDGES. After the organization went into decline, he became disillusioned with their mission and left. He now makes a living as a freelance courier, braving the dangerous wastelands between surviving settlements to deliver his packages. 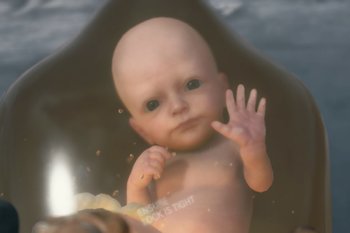 "We owe the kid our lives."
"Sam, I owe you an apology. Lou was the name you were going to give your own baby, if he'd have made it... I should have pieced it together sooner."
— Deadman

Previously belonging to a Corpse Disposal specialist named Igor Frank, Lou becomes Sam's constant companion in the post-Death Stranding world, named for Sam's dead child. A Bridge Baby, or BB for short, Lou's connection to the "other side" allows Sam to sense and avoid the Beached Things that stalk the landscape.

The United Cities of America / Bridges

In General
"Sam, if we don't all come together again, humanity will not survive."
— Bridget

The last remnants of the American federal government, reorganized into a network of loosely aligned city-states across the eastern seaboard. Bridges is the organization dedicated to establishing the UCA and reuniting its people. 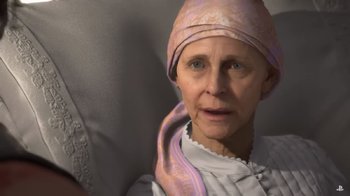 Sam and Amelie's ailing mother, the first and last female President of the United States of America. In the decades following the Death Stranding, she worked to restore the devastated nation, but is now on her deathbed. 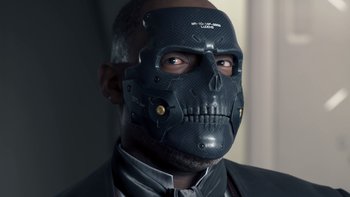 The director of Bridges since its first incarnation. Die-Hardman acts as Bridget Strand's second-in-command, carrying on Strand's project following her death. He gives instructions to Sam throughout the game and advises him on how to fulfill his missions. 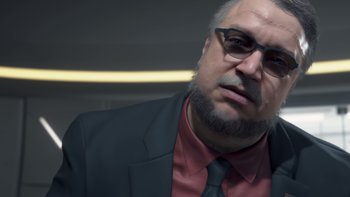 An Artificial Human coroner-turned-doctor in BRIDGES. He acts as one of Sam's advisors during his deliveries. 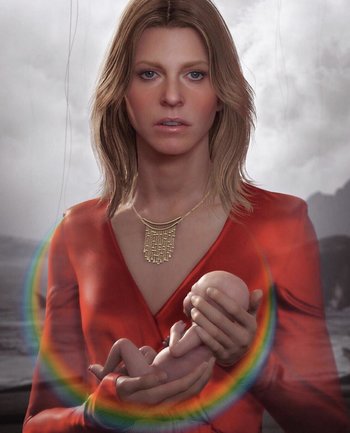 "You have no idea who I am... do you?"
Played by: Lindsay Wagner (likeness)
Voiced by: Emily O'Brien (EN), Kikuko Inoue (JP), Cony Madera (LatAm)

"Humans weren't made to be alone. They're made to work together."

Sam’s estranged sister, who inherits their mother’s position as President of the UCA. She led an expedition west three years prior to the beginning of the game to reestablish contact with surviving settlements, but was captured by Homo Demens, held captive in Edge Knot City as a bargaining chip to ensure their independence. Sam is tasked with continuing her work and rescuing her. 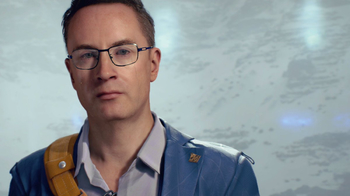 A member of BRIDGES and one of the foremost researchers into the Beach and BTs. His heart stops every twenty-one minutes before he's revived three minutes later by an AED device strapped to his chest. 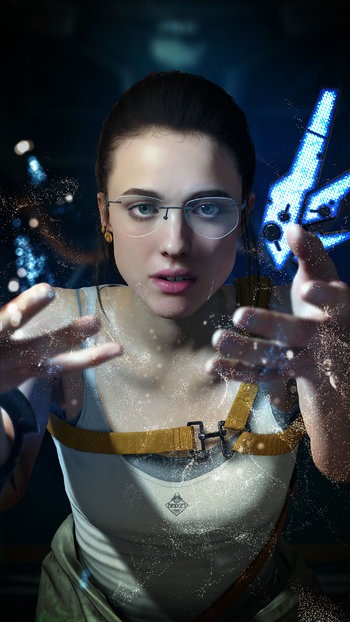 An affiliate of BRIDGES who was part of the organization's first expedition to the west and who settled down in a personal lab near South Knot City. She's a genius engineer who designed the hardware for the Q-pid Sam uses to activate the chiral network, among other things. 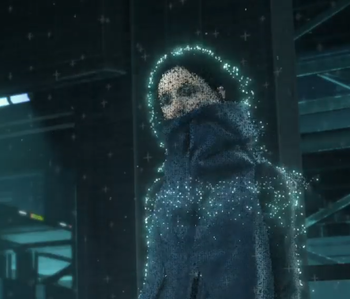 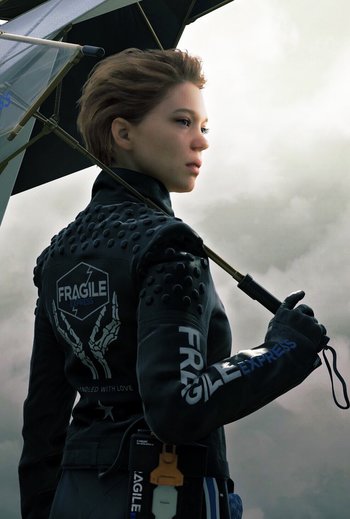 "The timefall fast-forwards everything it touches... but it can't wash everything away."
Played by: Léa Seydoux
Voiced by: Nana Mizuki (JP), Annie Rojas (LatAm)

The CEO of FRAGILE Express, a delivery company founded by her father. Once a major courier company in the midwest, the organization fell on hard times after a group of employees, led by Higgs, committed a terrorist attack on behalf of Homo Demens.

Igor and Viktor Frank
Two minor members of Bridges that Sam encounters early in the game. Igor is part of the Corpse Disposal team, while Viktor is the Bridges member assigned to represent Port Knot City.
Lucy Strand
Sam's therapist and later wife, who passed prior to Sam's return to BRIDGES.

A domestic terrorist organization from Edge Knot City that fiercely opposes the United Cities of America. Notably, they are only united by a shared ideology; they lack a formal structure, and every cell is self-sufficient. 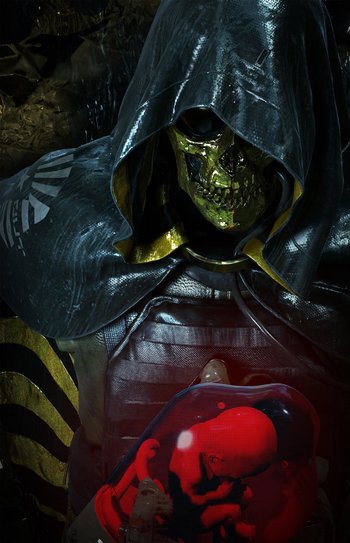 "No biggie. We can always tweak the rules a bit..."
Played by: Troy Baker
Voiced by: Satoshi Mikami (JP), Idzi Dutkiewicz (LatAm)

A former FRAGILE Express courier whose unusually strong connection to the Other Side drove him mad, leading him to betray his boss and join Homo Demens.

Beached Things
The main threat of the post-Stranding world, Beached Things (or BTs, as they're referred to most of the time) are otherworldly beings that started cropping up whenever people died. They're mostly responsible for the state of the world, having caused several hundred voidouts throughout America.
Clifford "Cliff" Unger 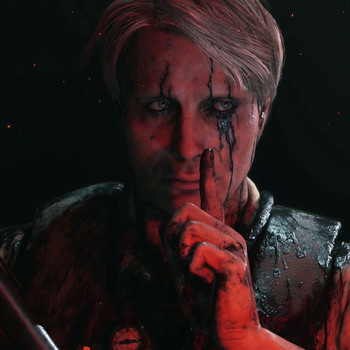 "Dividing people was all I was ever good at."
Played by: Mads Mikkelsen
Voiced by: Kazuhiro Yamaji (JP), Carlos Segundo (LatAm)

An unusually powerful and intelligent BT that takes the form of a mysterious soldier, encountered on beaches based off of 20th century wars. Sam experiences visions of him whenever connecting to his Bridge Baby.

A strange phenomenon in which a single creature will become linked to the concept of the Death Stranding. From this, they become a bridge between this world and the next, facilitating a massive Apocalypse How scenario in which all life on Earth is extinguished. There have been five throughout history, each becoming linked to an extinction level event.

For more information on the current Extinction Entity, consult both Bridget and Amelie's folders.

Independent outposts that aren't initially aligned with the UCA.
In General
The Craftsman
The Elder
The Junk Dealer
The Chiral Artist
The Chiral Artist's Mother
The Cosplayer & The Wandering MC
The Engineer
The Ludens Fan
The Film Director
The Musician
The Collector
The Veteran Porter

MULEs
Former porters and couriers who have turned to banditry, stealing packages to deliver for themselves. Some do this out of desperation, others due to having grown addicted to the emotional high the job gives, but all are unquestionably nuts.