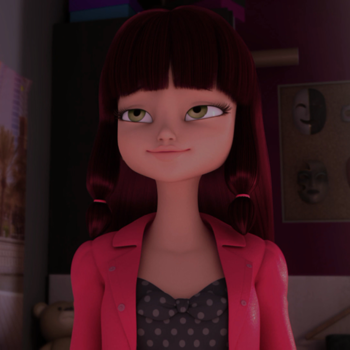 A New Transfer Student who easily wins everyone over with her (completely untrue) anecdotes of her very exciting life. After Ladybug calls out her lies, she develops a severe grudge against the heroine.