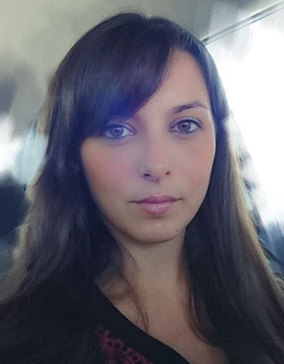 Ana Esther "Anuska" Alborg García (born on October 26, 1981 in Madrid, Spain) is a Spanish voice actress. Her first major role came in 1999 when she voiced Mena Suvari's iconic performance in American Beauty and her career rised in the 2000's voicing other equally iconic characters in various media such as Samara Morgan in The Ring, Kitty Pryde in X-Men Film Series, Hinata Hyuga in Naruto, Elena Gilbert in The Vampire Diaries, Queen Elsa in Frozen (2013) and Cortana in Halo (and in your Windows 10 too). She has also voiced a great number of actors such as Bryce Dallas Howard, Elliot Page, Hayley Atwell or Emily Blunt.

Expect her to voice cold and deadpan characters, but she can still play a great variety of characters, since she has an incredible range (as she showed voicing Hinata, where she almost sounds like Nana Mizuki herself speaking Spanish like a native). She can also sing even though she didn't perform the infamous "Let it Go!".