A list of the characters in the Manhwa series, The Breaker and its sequel The Breaker: New Waves. Beware of unmarked spoilers

Shi-Woon is our loser protagonist, an Ordinary High-School Student who is constantly picked on by bullies. He believes his life is so miserable, that he decides to end it all... until he is saved by Chun-Woo, the weird new teacher and secret martial artist. From then on he is determined to learn to fight and stand up for himself, going so far to jump off a bridge to convince Chun-Woo that he is serious. So far he has impressed everyone with his progress and character growth.

Advertisement:
Black Forest
A subversive group that is in opposition to the Martial Arts Alliance and supposedly wants to break down the barriers between the normal populace and the murim-in. 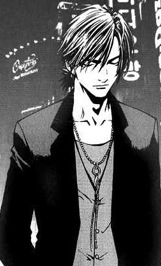 Shi-Woon is the protagonist, but the Deuteragonist is Chun-Woo through much of the first part of the story. He is usually the eccentric, laid-back, and perverted substitute teacher at Shi-Woon's school, but in actuality he is the "Goonmoonryung (Nine Arts Dragon)", one of the greatest martial artists in the world and a big player in the complicated politics of the murim-in. His conflict with the leaders of the murim-in eventually spills over into Shi-Woon's life...

The mysterious leader of the Black Forest group (also known as Shadow Warriors) has ties to various organizations and plans. 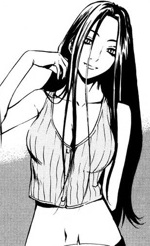 The sexy, mysterious Action Girl who takes a job as a health teacher at Shi-Woon's high school. Although she isn't anywhere near Chun-Woo's level, she's more than capable of taking care of herself. Much to Chun-Woo's frustration, it's hard to tell if she has real feelings towards him or it's just part of her act. She does.

The new "janitor" at Shi Woon's school. He is a transporter with connections to the "Black Forest Defense Group", a notorious group among the murim-in. He has a crush on Shi-Ho.

A Member of the Black Forest Defense who accompanied Chun-Woo Han when he returned to Seoul when the SUC decided to comply to his suggestion about offering the city to him.
Martial Arts Alliance
An ancient group of the top Murim clans that maintain order between the various factions and works to cover up the Murim existence. 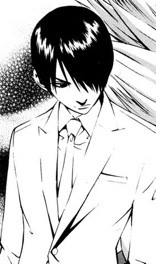 The young leader of the Chun-Do-Moon (Heavenly Way School), another prestigious martial arts clan. He is considered a prodigy in martial arts. He ostensibly goes along with the Chief of the Alliance, but he has his own motives.

The Chief of the Alliance 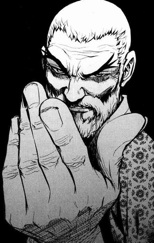 The Big Bad of Part 1, and the target of Chun-Woo's revenge for his part in the death of Un-Wol, Chun-Woo's master. He seeks the "Black Heaven and Earth" technique, which was passed down from Un-Wol to Chun-Woo to Shi-Woon.

The first disciple of Song-Hak-Jang clan and widely known as one of the strongest Murim currently around. For most of Part 1, he is working with the Chief of the Alliance but shows himself to be more of an Anti-Villain and all-around level-headed individual.

The leader of the Torrent Clan, a biker gang (emphasis on "gang"). Most notable for having a freaky face and a strange habit of calling Shi Woon "cutie". He and his gang seem like monsters at first, but as of now Mun-Gi at least has become an ally. Mun-Gi is also one of the Supernovas, a group of four martial artists whose significance is yet to be revealed.

So-Chun's uncle and a representative of the Martial Arts Alliance. And apparent leader of the S.U.C. — although it's much later revealed he's not at all.

A murim and head of the Illwallmoon, Murim's most famous branch in dealing with special medicines. His school has a large pharmaceutical company as a front for its existence. He is also Shi-Ho Lee's ex-boyfriend before she ran off with his branch's most powerful medicine. In New Waves he also is shown to have ties to S.U.C. through Sung-Jae Bae.

A Murim elder from Heung-In Clinic, which also happens to be among the best. He has an interest on the Hwan Gol Tal Tae (Overhaul Rebirth) which is what is apparently the technique theory behind Shi-woon's Healing Factor is called.
Sun-Woo Clan

One of the most feared and powerful clans within the Murim world. It is this reputation that caused it to be separated by the Alliance many years ago and its leader taken into protective custody.—-

Officially titled "Princess" So-Sul, she is the former leader of the Sun-Woo, a prestigious martial arts clan. Shi-Woon (with Chun-Woo's help) saved her from the Torrent Clan, who had kidnapped her for unknown reasons. Although it took some time for her to warm up to Shi-Woon, her loyalty now lies with him. 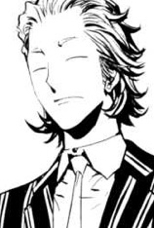 Sun-Woo's retainer, introduced near the end of Part I as an antagonist. However, he switches sides and gains much more prominence in New Waves as an ally of Shi-Woon. Like Mun-Gi, he is one of the four "Supernovas". 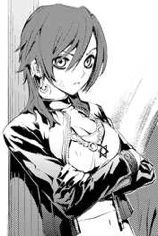 First introduced in New Waves, she is the bodyguard assigned to Shi-Woon by the Sun-Woo Clan. She's pretty and a skilled fighter, and has close connections to the Sun-Woo leadership. Unfortunately, she's also loud, harsh, hard to get along with, and hates her new assignment.

A young Murim master that is one of the top fighters of the Sun-Woo Clan.

One of the top fighters of the Sun-Woo Clan. He is a massive man who possesses immense strength.

One of the top elders of the Sun-Woo Clan, he is considered second only to the Clan head within the ranks of the Sun-Woo but has enough power that if he wanted he could form his own clan.

One of the Elders of the Sun-Woo Clan.
The Government

A government agent with ties to some of Murim clans, secretly working with Martial Arts Alliance and the Black Forest groups on behalf of the government in Part 1. He is also leader for a Special Ops that deals with Murim activity for the government.

A group of soldiers under government control trained to handle murim. Jung Lae Won currently is one of their superiors.

Special Agent and subordinate to Jung Lae Won. Temperamentally and recklessly wants to be recognized for her skill, but always comes up short.
Advertisement:

The New Waves
Young Murim upstarts that have become disillusioned with the traditional ways of the Alliance and Clans.

First seen in New Waves. He appears to be a new transfer student at Shi-Woon's school, but in actuality is a murim prodigy involved in a plot against Shi-Woon.

Sera's and Ji-Gun's resident hacker and tech specialist.
S.U.C.
A group introduced in New Waves, Soldiers Under Command (S.U.C.), are a group composed of Goonmoonryung's Disciples primarily made of Murim and some non-Murim, that are seeking to subvert Murim traditions and have taken a radical and violent approach to it.

The person that seems to be in charge of the Five Captains of S.U.C. His real identity is that of So-Chun Hyuk's personal assistant and a member of the Heavenly Way School.

One of the first of the Five Captains of S.U.C. introduced. Has a Hair-Trigger Temper and is something of a non-magical Vain Sorceress, who was actually appointed to her position late due to a loss to Ji-Gun Yoo and is still upset about the issue.

One of the first of the Five Captains of S.U.C. introduced. Made plans to capture/introduce Shi-Woon to the S.U.C., because of orders to do so but would just as soon kill him as well.

Also known as Chunmyungrang, lit. Thousand Faces, and one of the Five Captains of S.U.C., spearheads the original operation to infiltrate Shi-Woon's school to get to him.

One of the Five Captains of S.U.C., turns out to be one of Murim's 'Supernovas'.

One of the Five Captains of S.U.C., the last to appear but turns out to be the strongest of the Captains.

A homeless man who lives in a train station. He is known as the "Genius Doctor" for his incredibly skilled medical expertise. He's actually has been selling Super Serum to the S.U.C.
Other Non-Murim Characters

Shi-Woon's initial Love Interest, who genuinely cares for him. She is a very kind person, albeit a little naive. 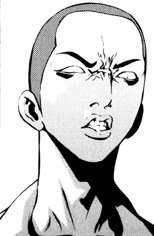 A student attending Shi-Woon's school who frequently beats him up. Has SEVERE attitude problems. Between Part 1 and New Waves, he joins up with the S.U.C.