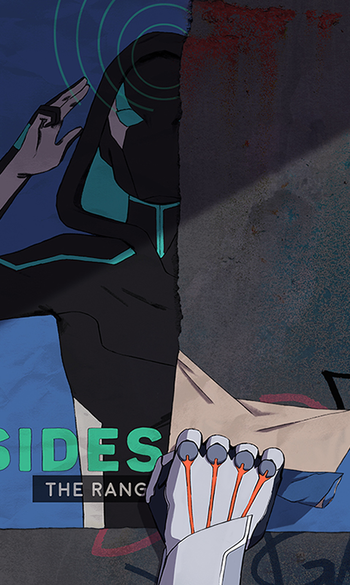 Written by Malin Rydén and published by Choice of Games' user submitted "Hosted Games" label, the Fallen Hero series follows the adventures of the Player Character who, as the title suggests, is a Fallen Hero. In a world filled with superheroes, supervillains, and people with abilities, the Player Character was originally a superhero named Sidestep. Possessing telepathic abilities, they helped the Super Team, the Rangers, during numerous missions. That is, until something happened to them. Now, the PC is on the path towards villainy, and plans on becoming the most feared villain in Los Diablos.

The first game, Fallen Hero: Rebirth, was released on March 15, 2018. After being presumed dead for years, the PC is nearing the final stages of their plan to become a supervillain. However, before they can do that, they have to obtain specific items in order for Dr. Mortum to create their powered suit. Unfortunately, things don't go as smoothly as expected when the PC becomes entangled with their former teammate Ortega, and the Rangers once again. It is available here.

The second game, Retribution, is currently being written and two more games titled Revelations and Revolution are also planned.