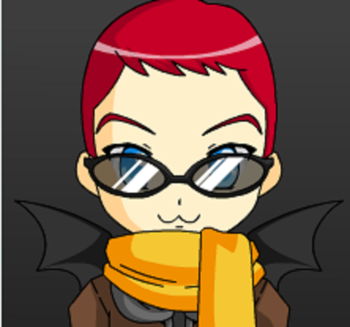 I bid you welcome to the ISLAND OF MISFIT LPS AND OTHER RANDOM MONSTR-R-R-ROSITIES!
"Welcome BACK To TV Tr-r-r-r-r-ropes!"
Advertisement:

Searching 4 Rinoa is a Let's Player on Youtube (formerly Twitch as well). He also does Podcasts, food reviews, re-enactments, fandubs, song covers and other videos as well. Channel found here

Games that Searching 4 Rinoa has Let's Played or at the very least did an attempt, TAKE NOTE that this is not a complete list as some games do not have TV Tropes entries and therefore can't be listed:

"With that said: Take care, thanks for watching!"