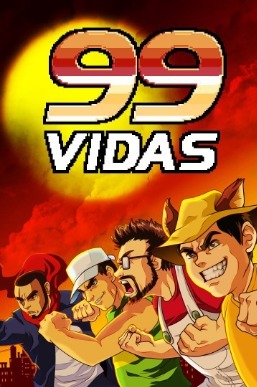 99Vidas is Beat 'em Up Video Game developed and published by Qu Byte Interactive. The game was released on Windows, Mac Os, and Linux on December 22, 2016 and on PlayStation 3, PlayStation 4, and PlayStation Vita in 2017.

This game was inspired by beat em' ups such as Final Fight, Double Dragon, and Streets of Rage. It had a successful crowdfunding campaign in 2015.