Debut: There's Always Someone Out There Who's Someone Else's Hero (Manga), My Hero Academia: Two Heroes (Film)

"I want to become a person who can create support items to help heroes like Mister Might! Perhaps I, too, can become someone's hero someday."

A Quirkless girl introduced in My Hero Academia: Two Heroes. She's David Shield's daughter who wishes to follow in her father's footsteps.

She also starred in her own spin-off manga chapter called There's Always Someone Out There Who's Someone Else's Hero and made a short appearance in Episode 58 of the anime.

Debut: There's Always Someone Out There Who's Someone Else's Hero (Manga), My Hero Academia: Two Heroes (Film)

Melissa's father, a scientist who creates support items for heroes. He's All Might's best friend and the one who made his signature Golden Age costume. Episode 58 (the tie-in episode for the film) reveals that he was actually All Might's first sidekick when he started his career in the USA. 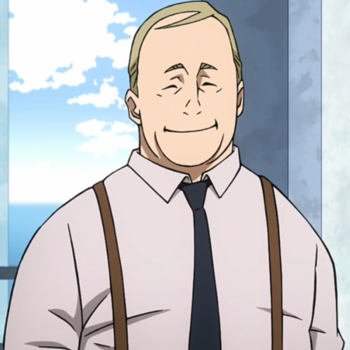 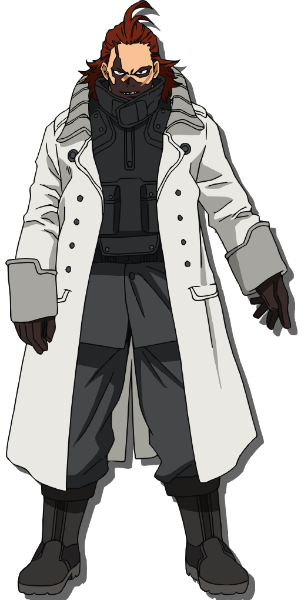 The main antagonist of My Hero Academia: Two Heroes, who invades and takes over I-Island. His Quirk allows him to manipulate metal. 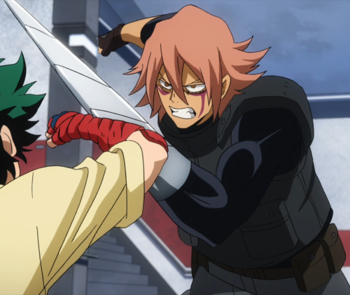 One of the terrorists who invaded I-Island with Wolfram. His Quirk allows him to transform his arms into blades. 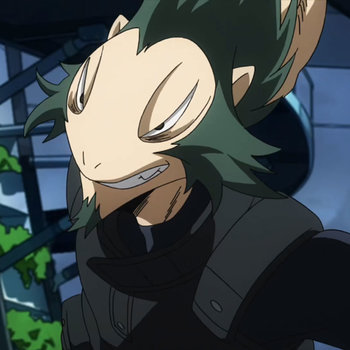 One of the terrorists who invaded I-Island with Wolfram. His Quirk allows him to fire blasts of air that displace the things they hit into his hands. 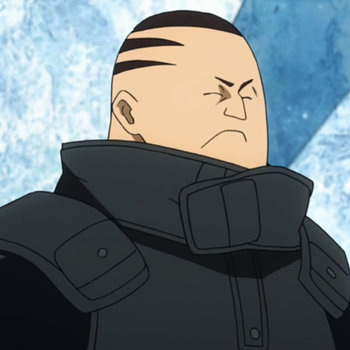 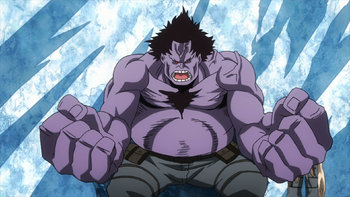 One of the terrorists who invaded I-Island with Wolfram. His Quirk allows him to transform into a gorilla-like monster.

One of the terrorists who invaded I-Island with Wolfram, specifically the one who is responsible for hacking into the island's security. 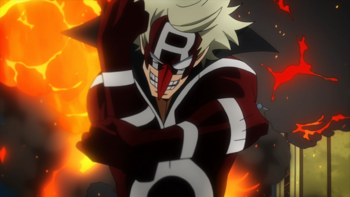 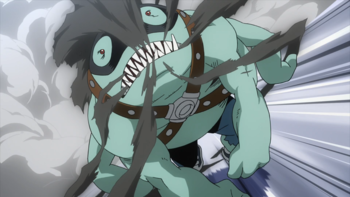 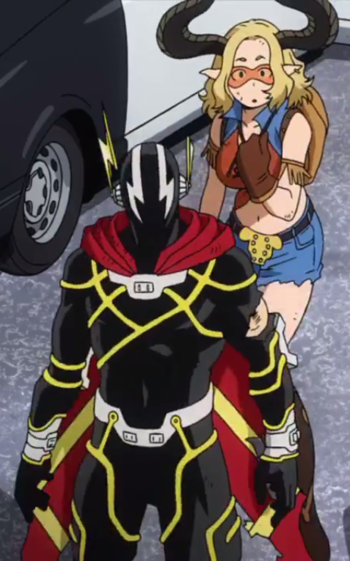 Two L.A. based heroes who appear at the start of the movie. Cow Lady's Quirk, "Cow", lets her transform into an anthropomorphic cow, and Elec Plant's Quirk, "Electricity Generation", lets him produce blasts of electricity. 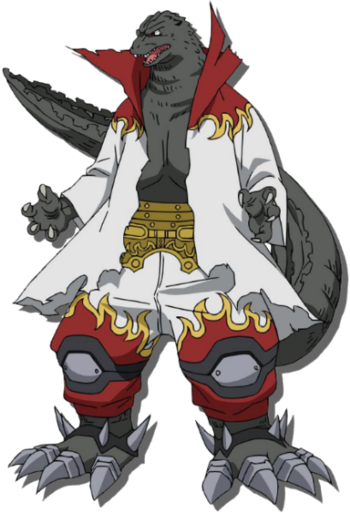 A Pro Hero based in the United States after leaving Japan due to unforeseen circumstances. Heroes come in all shapesnote Top Row, Left to Right: Amplifier, Mr. Plastic, Nyikang, Pankration. Second Row: Takahiro, X, and the rest of this row and the next are unnamed.

A group of pro heroes who were invited to I-Island to show off the island's hero equipment. 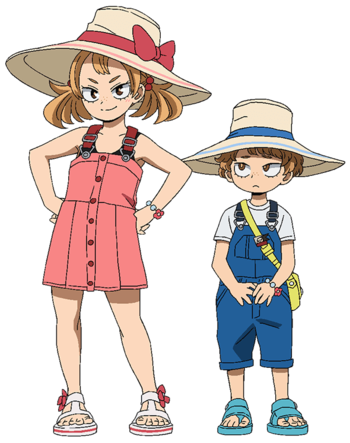 Mahoro on the left and Katsuma on the right

A pair of siblings who live on Nabu Island and befriend Bakugo and Midoriya.

The older Shimano sibling, a headstrong young girl with a mild distrust of heroes. Her Quirk, "Hologram", allows her to create realistic looking holograms of whatever she wishes.

The younger Shimano sibling, a timid young boy who has a great love of heroes, much like Midoriya. His Quirk, "Cell Activation", allows him to heal others by activating their cells.

Nine and His Crew

"The strong will lord over the weak in my utopia. Labels like hero and villain won't be necessary. Power will be the only factor that matters! That's how a true superhuman society should be structured!"

The main antagonist of My Hero Academia: Heroes: Rising, a sinister villain who operates behind the scenes and boasts overwhelming strength.

His original Quirk is Weather Manipulation, which allows him to control the weather. 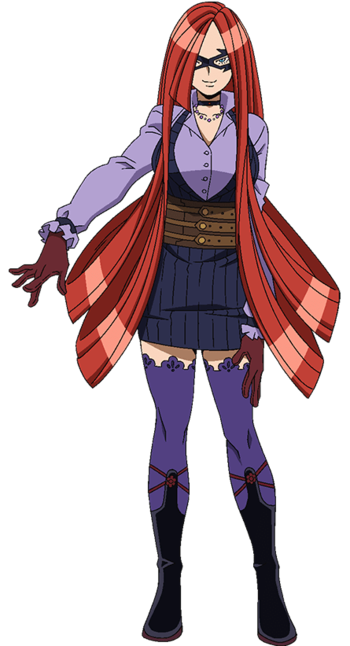 A villain working with Nine. She was betrayed in the past and is unable to trust anyone, though she agrees with Nine’s ideals. Her titular Quirk allows her to use her long hair as a melee weapon or shield, and to launch powerful ranged attacks as well. 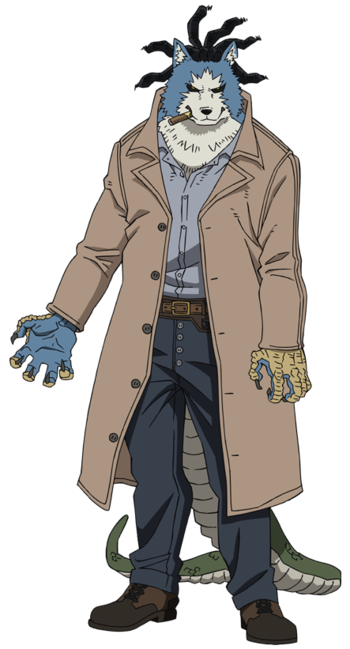 Another villain who is working with Nine. He faced persecution and discrimination due to his appearance, and thus seeks revenge against society. His titular Quirk gives him the characteristics of various animals.

Another villain who is working with Nine. He has a ninja-like appearance and wears a full-body bandage. His Quirk, "Mummification", allows him to control things that get caught in said bandages. 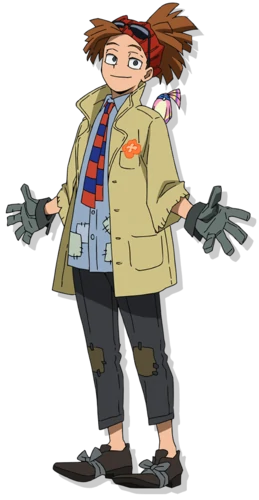 A young man who works shady jobs to provide for his younger siblings. After getting unwittingly targeted by Humarise and forced on the run with Deku for stealing an important briefcase, he and Deku form an unlikely partnership.

Rody's Quirk is named "Soul", but doesn't like talking about it due to seeing it as embarrassing. 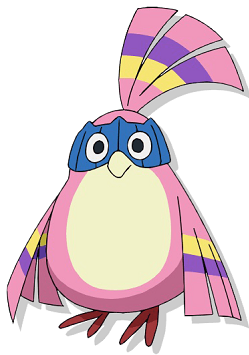 A bird that often accompanies Rody.

General
An international cult that believes Quirks must be purged from the human race in order for humanity to survive.
Flect Turn 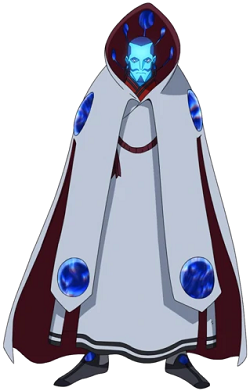 The leader of the Humarise Cult, a genius obsessed with the idea that Quirks are a disease that must be purged.

His Quirk, "Reflect," allows him to absorb any attack and its effects before releasing them back on the attacker.

A pair of identical twins who work for Humarise, they act as part of the Elite Mooks for Flect. Their names are Ena and Dio, though few people can tell them apart.

Their Quirk, "Sword Kill", allows them to create blades from their arms and shoulders. 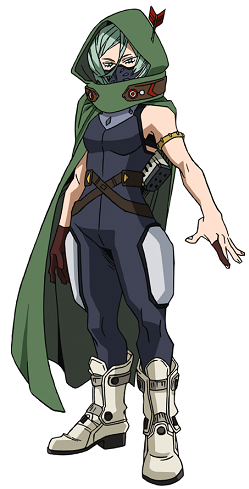 One of Humarise's Quirk-using mercenaries. She spends the movie hunting down the heroes.

Her Quirk, "Long Bow", allows her to transform her fingers into a bow. 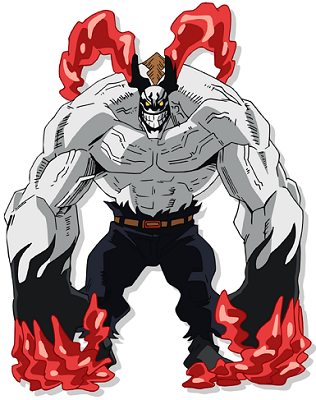 A hulking brute under the mutations of Trigger that acts as one of Flect's Elite Mooks.

His Quirk, "Helical Scythe", allows him to create water twisters. 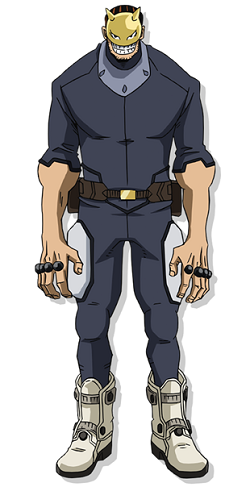 A scientist who was forced to work for Humarise, who took the chance to escape in order to try and expose their plans.

The father of Rody and his siblings. His joining of Humarise caused his children to be forced into poverty.