Beware of spoilers, both marked and unmarked! 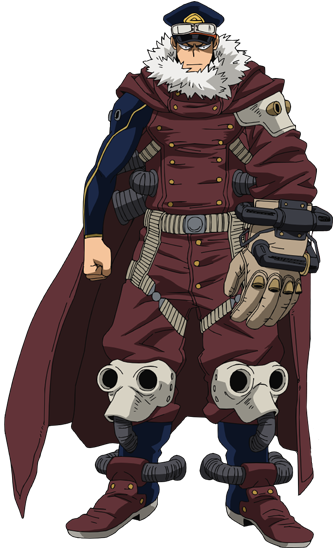 "I believe that heroes are hot-blooded! Everybody fighting!! Everybody's fired up!! I love it when things get hot!!"

A towering, energetic and eccentric first-year student from Shiketsu High. Despite being a fan of U.A., he turned down his admission and enrolled at Shiketsu. His powerful Quirk, "Whirlwind", allows him to control the air around him at will.

"This is gonna be mad lit!"

A curvaceous and attractive second-year girl from Shiketsu High with a ditzy personality and odd speech patterns. Her Quirk, "Glamour", allows her to create illusions.

"It's because every action, every gesture we do reflects the rich tradition that adorns Shiketsu High's name."

A stern, serious, and uptight second-year student from Shiketsu High with a dignified but elitist attitude towards heroism. His Quirk, "Meatball", allows him to manipulate and detach his own flesh and bones from his body, as well as mold people into lumps of flesh. 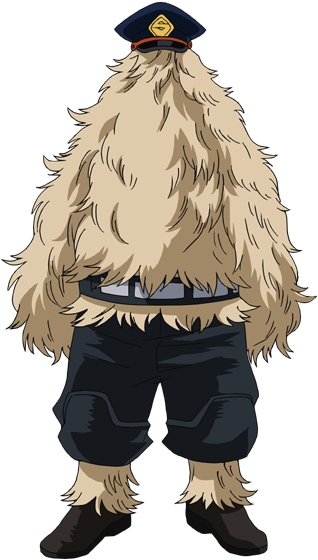 "I thought I sent Inasa this way...? The fact that there are so many pawns left... is a disgrace to the Shiketsu name!!"

A second-year student from Shiketsu High and the president of his class. His body is covered in long, thick hair, which his Quirk, "Extend-o-Hair", allows him to grow and manipulate at will.

The Smile Hero
"You sound like you're in love. How gross!"

A pro heroine and teacher from Ketsubutsu Academy who has a teasing relationship with Aizawa/Eraser Head due to past history. Her Quirk, "Outburst", allows her to force others to laugh, impairing their cognitive and mental skills.

"The people here are all struggling to seize their dreams and ideals. All of that struggling... we're above that."

A good-looking second-year student at Ketsubutsu Academy whose friendly demeanor hides a somewhat sinister and calculating personality. His Quirk, "Vibrate", allows him to channel powerful vibrations through any surface he touches with his hands.

A second-year student at Ketsubutsu Academy who is a fan of U.A. Her Quirk, "Telescopic", allows her to retract her body into herself like a turtle.

A second-year student at Ketsubutsu Academy with an odd appearance. His Quirk, "Stiffening", allows him to make any object he rubs or kneads with his hands extremely hard, although it does not work on living beings.

A second-year student at Ketsubutsu Academy. His Quirk, "Boomerang", allows him to control the trajectory of thrown objects. 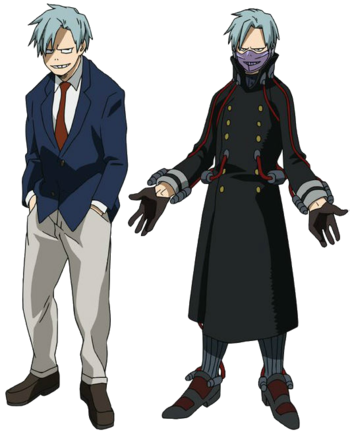 An arrogant student from Isamu who idolizes All Might. His Quirk, "Zombie Virus", allows him to emit a gas that transforms those who inhale it into zombies that can also turn other people into zombies by biting them. However, he himself is not immune to the effects of his Quirk. 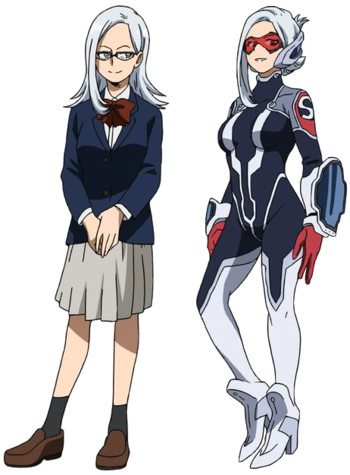 A student from Isamu who is the class president from her class. Her Quirk, "Chart", allows her to create a holographic page that can track and detect other people. 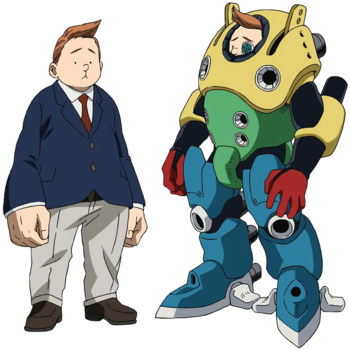 A student from Isamu with a robot-like suit. His Quirk, "Flash Sweat", causes him to sweat a substance that causes bright light and sound on impact. 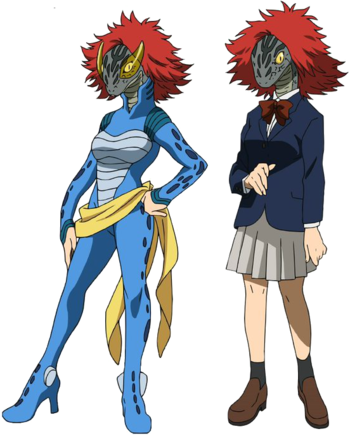 A girl with a snake-like head, she was Tsuyu's best friend from middle school. She chose to join a different hero school, but they remain in contact. Her Quirk, "Paralysis", allows her to paralyze those who stare into her eyes.

Quirks:* Unofficial Names taken from the other wiki 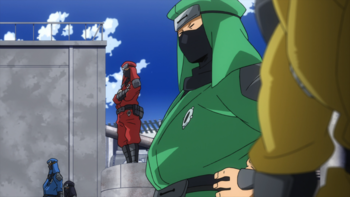 A hero school that participates in the anime version of the provisional hero license exam. Ten of them corner Todoroki during the first stage. 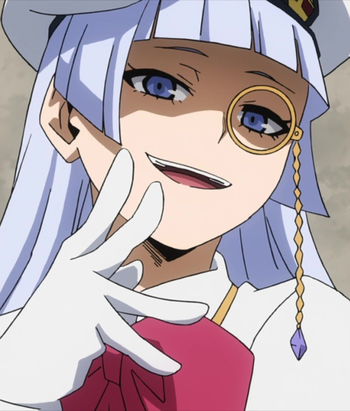 A student from an all-girl school, introduced during the anime version of the provisional hero license exam. Her Quirk, "IQ", multiplies her intelligence by drinking tea.