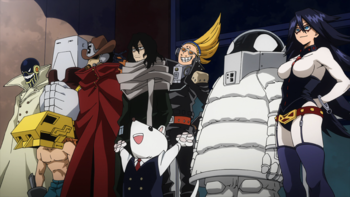 Erasing Hero
"I'm sorry to tell you... that for the next three years... U.A. will run you through the wringer. That's "Plus Ultra". Use your strength to overcome it all. So bring it."

Class 1-A's homeroom teacher. He's a bit of a Lazy Bum, but looks out for his students and pushes them to improve.

Aizawa is also the pro hero Eraser Head. His Quirk, "Erasure", allows him to nullify others' control over their Quirks just by looking at them. Blinking dispels the effect of his Quirk and using it gives him very dry eyes.

Blood Hero
"Class A stole the spotlight every time in the first semester, so the second semester's gonna be Class B's time to shine. Got that? Not Class A. Us!"

The homeroom teacher of Class 1-B. His Quirk is "Blood Control", which allows him to control blood. 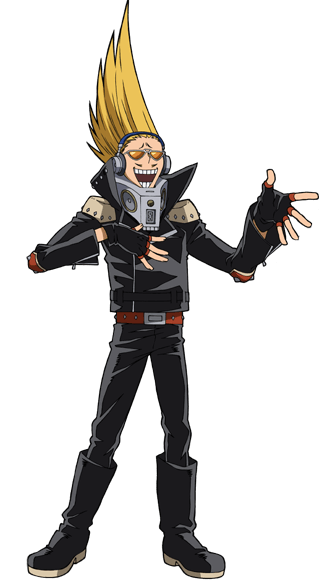 Voice Hero
"The great hero Napoleon Bonaparte once said... 'True heroism consists in being superior to the ills of life.' Plus Ultra!! Break a leg, everyone!!"

A hero who doubles as a DJ. Usually plays the role of event announcer whenever one is required. He is also an English teacher.

His Quirk is "Voice", which allows him to heighten the loudness of his voice for offensive purposes. 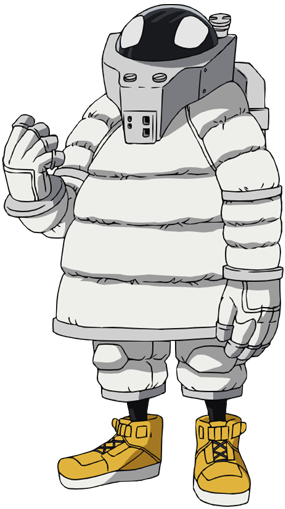 Space Hero
Click here to see her without her helmet 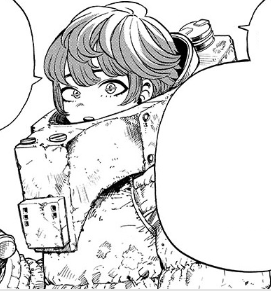 "Your powers are not meant to inflict harm. I hope that you leave here today with the understanding that you're meant to help people."

A woman in a space suit who is known for working with disaster relief. Nicknamed "Space Hero No. 13", she works as a teacher at U.A. that overlooks the rescue exercises. Her Quirk, "Black Hole", allows her to create black holes with her fingers; said holes can disintegrate matter at the atomic level.

"Listen. When it comes to fighting... It's all about making use of your particular strengths.

A being who can control any form of cement through his Quirk, "Cement". Also a Modern Literature teacher. 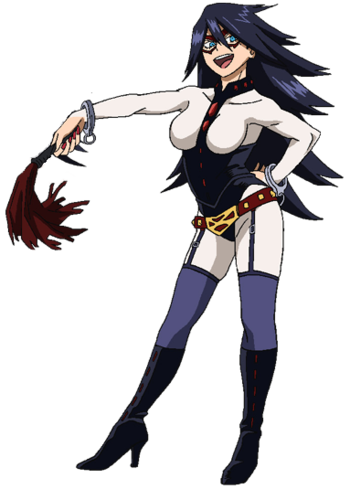 18+ Only Heroine
"With so much time left, I thought I'd park myself at the gate... but, well, taking that approach is just no fun at all... Because watching you run and shriek like a baby... makes the sadist in me ache for a chance to play."

An S&M-themed pro heroine. She refs the the U.A. Sports Festival and teaches Modern Hero Art History. Her Quirk is "Somnambulist", which allows her to release a sleep-inducing fragrance from her body. 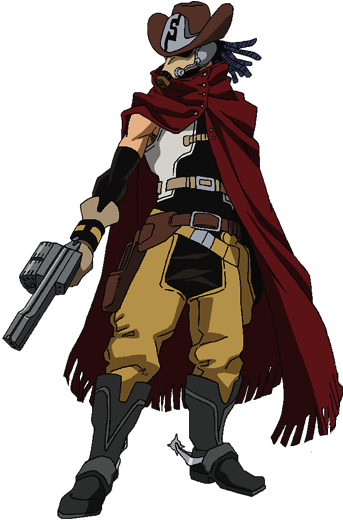 A sharpshooting hero. He possesses the Quirk "Homing", which allows him to control the trajectory of his bullets at a range of up to 600 meters. 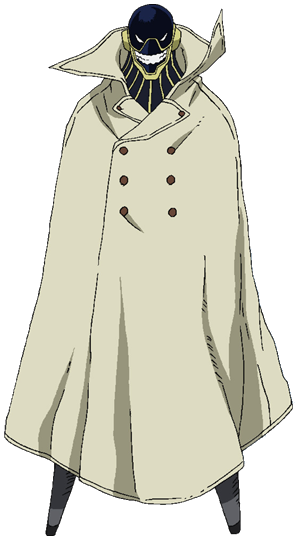 "Less than ten minutes remaining... can you keep this up? I'm looking for... heroes who rise up and break through in the face of adversity."

A hero with a ghostly theme and U.A.'s Mathematics teacher. His Quirk, "Clones", allows him to create copies of himself out of ectoplasm coming out of his mouth. 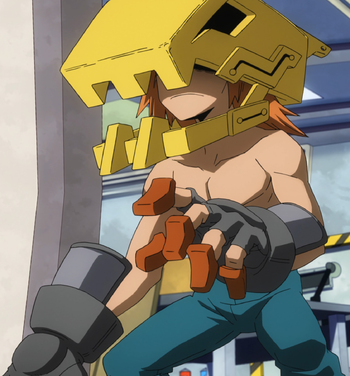 Excavation Hero
"If you keep making a mess of things, I'm going to ban you from here."

A Hero Support teacher and pro hero who wears an animalistic suit of mechanized gear. 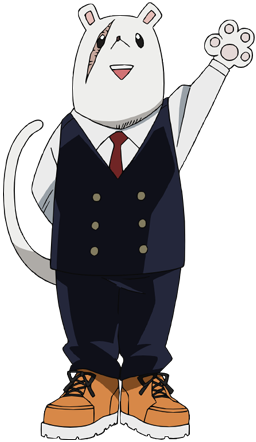 "...What we need now is a revival. At least for the students...we need to present them with prospects of a brighter future."

The principal of U.A. High School. His appearance resembles some sort of furry animal. His character sheet reveals that his real name is Nezu, a play on the word for "rat" in Japanese, and that he's an extremely rare case of a Quirk appearing in an animal.

His Quirk is "High Spec", which grants him Super Intelligence. 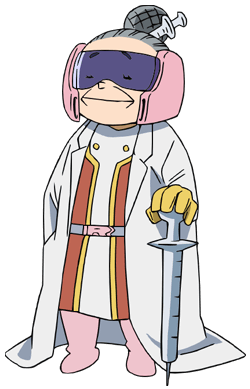 Youthful Heroine
"All right, this poor boy should be sorted now. Are there any more injured to take care of?"

The school's resident nurse. Her Quirk, "Heal", speeds up the recovery of injuries of her patients. 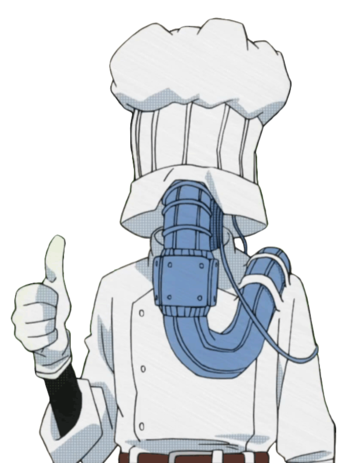 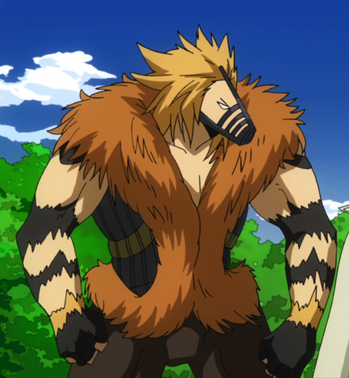 "WHAT ARE YOU STARING AT ME ALL GLOOMY-LOOKING FOR?"

The school's Lifestyle Guidance Counselor who sometimes falls victim to his canine nature. 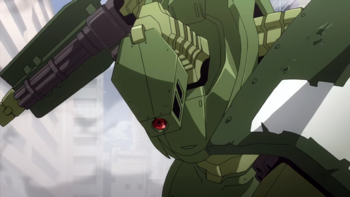 "It's sweeter than an apple."
Click here to see her outfit during the Internship Arc.

"I don't really know, but so many people are trying their hardest. So I want to know how it will turn out."

A young girl whom Overhaul claimed to be his daughter. She was held captive by the Shie Hassaikai, as her Quirk was central to their plans, before being rescued by the heroes. As of the U.A. Cultural Festival Arc, she's been taken into custody by U.A. and is taken care of by the staff.