Characters / My Hero Academia - Class 1-A 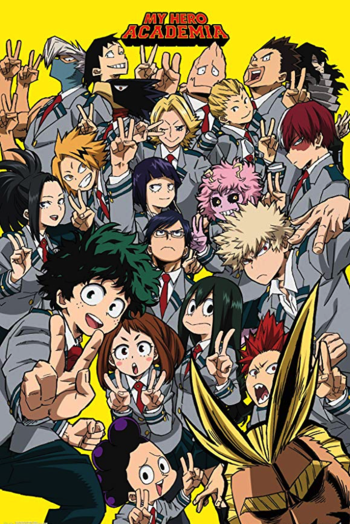 "Everyone here's just paying attention to Class A... why is that?"

The homeroom class of the heroes of our story, taught by Shota Aizawa. Consequently, most of the story revolves around their studies to become professional heroes. The class later gains some infamy for constantly being at the center of some type of conflict.

Characters are organized by seating order.

Tropes about the class in general: