Beware of spoilers. Spoiler Policy forbids the use of spoiler tags in the pre-examples description, or to hide trope names. 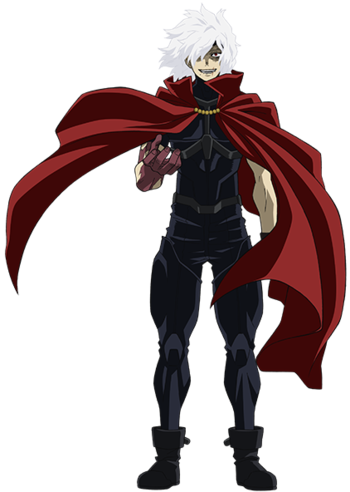 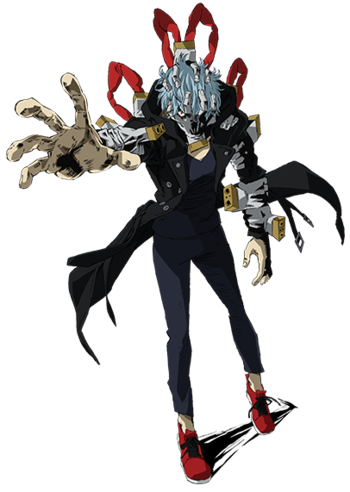 "You heroes pretend to be society's guardians. For generations, you pretended not to see those you couldn't protect and swept their pain under the rug. It's tainted everything you've built. That means your system's all rotten from the inside with maggots crawling out. It all builds up, little by little, over time. You've got the common trash, all too dependent on being protected. And the brave guardians who created the trash that need coddling. It's a corrupt, vicious cycle. Everything I've witnessed... this whole system you've built has always rejected me. Now I'm ready to reject it. That's why I destroy. That's why I took this power for myself. Simple enough, yeah? I don't care if you don't understand. That's what makes us... heroes and villains."
Advertisement:
The series' main antagonist and leader of the League of Villains, a jaded and irritable young man who wants to destroy society itself. He was raised by All For One, the villain who crippled All Might, and groomed to be his successor. "Tomura Shigaraki" is an alias, and his true name is Tenko Shimura, the grandson of All Might's mentor Nana Shimura.

His Quirk, "Decay", allows him to destroy anything he touches provided all five of his fingers are in contact with the object, befitting his desire for destruction. He is later given the original All For One Quirk, letting him wield multiple other Quirks simultaneously.

Example of:
Fate Worse than Death