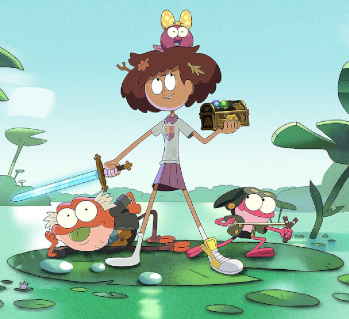 Ribbit, Ribbit, Jump on it
Advertisement:

Anne Boonchuy
She has her own page. 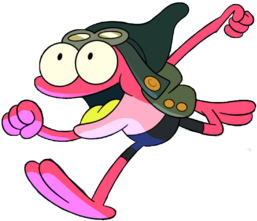 "What?! Does this look like a face that could deceive you?"
Voiced by: Justin Felbinger
An adventurous and curious 10-year-old pink frog who befriends Anne.
Hopediah "Hop Pop" Plantar 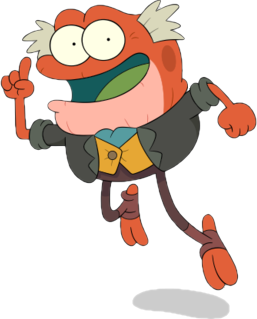 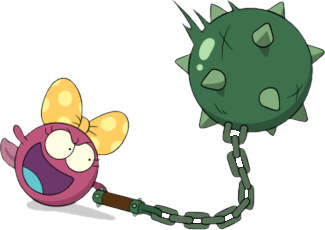 "Just give me an excuse to use old Doris here."
True Colors/Season 3 spoilers 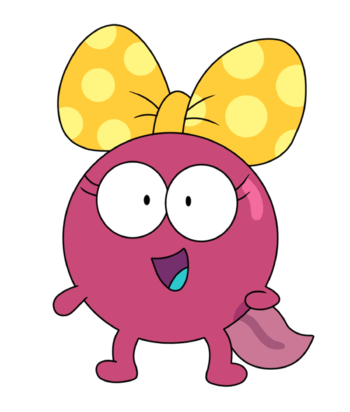 Sprig's polliwog sister who carries herself around inside a bucket. 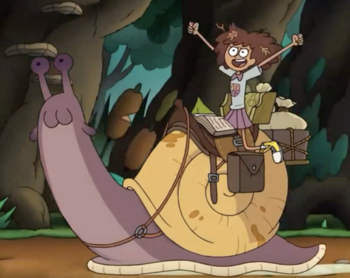 Anne: "Bessie, things are gettin' messy!"
Voiced by: Dee Bradley Baker
The Plantars' giant snail, which they ride upon and use to pull their cart.
MicroAngelo 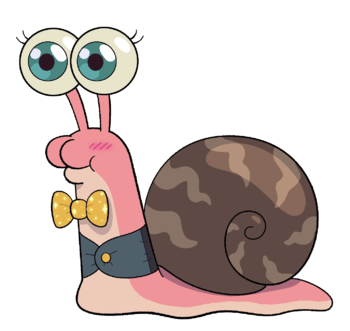 Voiced by: Dee Bradley Baker
A baby snail that Polly adopted during the family's stay in Newtopia.
Frobo 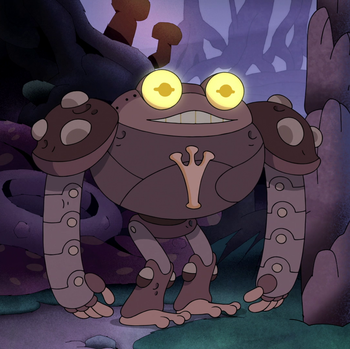 Voiced by: Matt Braly
A robotic frog that was constructed in an ancient factory before its destruction. He secretly followed the Plantars during their road trip to and from Newtopia, and is eventually taken in by the Plantars after Polly meets and befriends him.
Advertisement: 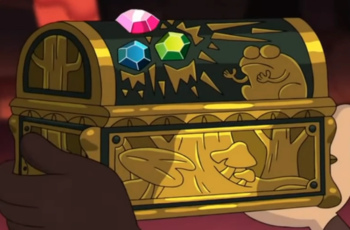 An ancient music box created by King Andrias' ancestors, used for dimensional travel. It was found by Anne, Sasha and Marcy in the human world as a birthday present for Anne, and when opened it teleported the three girls to Amphibia, while simultaneously imbuing its gems' powers into each of them.