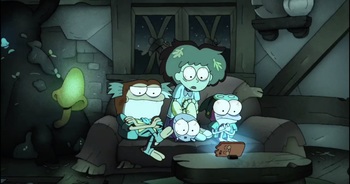 Anne introduces the joys of binge-watching to Amphibia.

After one of the Plantars mysteriously runs out the charge on Anne's phone, the family embarks on a mission to try and recharge it.