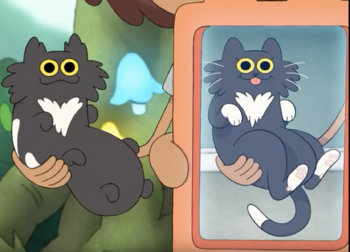 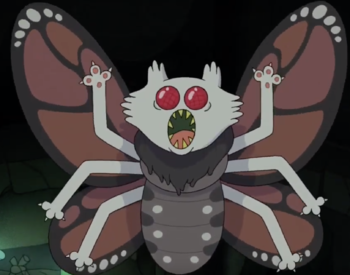 A "coastal killerpillar" whom Anne briefly adopts for an episode. 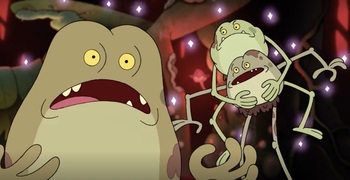 "Man, all I wanted to do was get muddy and eat people!"

A gang of frog-eating frogs that dwell in the wilds somewhere outside Camp Phlegminton. They cover themselves in mud, attack other frogs, and eat them. 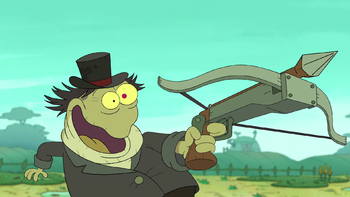 "This is incredible! I've been searching for Sadie for thirty years!"
Voiced by: Jeff Bergman

An old enemy of Mrs. Croaker. 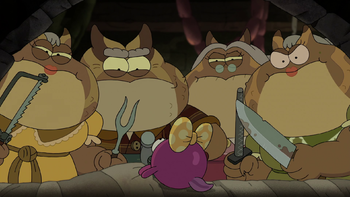 Teddy: "What can a legless little tadpole like you do to stop us?" (From left to right: Jennifer, Teddy, Martha and Julia.)
Voiced by: Chris Sullivan (Teddy), Kari Wahlgren (Martha)

A cannibalistic family of horned bullfrogs who prey upon travelers looking for lodgings. Teddy and Martha are the married couple who own the Dandy Lion Inn. Jennifer and Julia are a set of sisters (it's never specified whether they're Teddy's biological sisters or Martha's) who might or might not also help run the inn... but definitely help eat its guests. 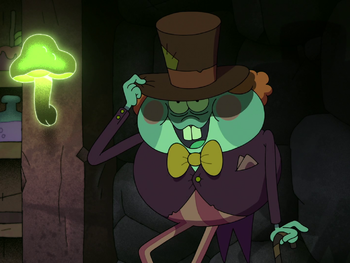 "Surely you remember barging into me at the market yesterday?"
Voiced by: Keith Silverstein

A seemingly jolly merchant who runs a stand that sells berries and candies called "Barry's Berries," who is also secretly a magic user. Sprig and Anne get on his bad side when they accidentally bump into him while he's carrying a bunch of rare blue moon berries, which only grow once a decade. 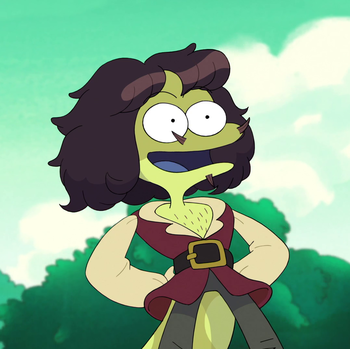 "Give my regards... to the guards!"
Voiced by: Matt Chapman

The new head of the local daycare following the retirement of the Bogwaters, having converted it into a combat training camp for kids. In reality, a train robber who's been training children to rob trains for him. 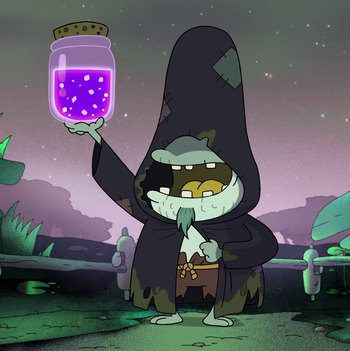 "Just rub a little of this on their foreheads, and your kids will be behaving in a jiffy!"
Click here to see Gary's true form : 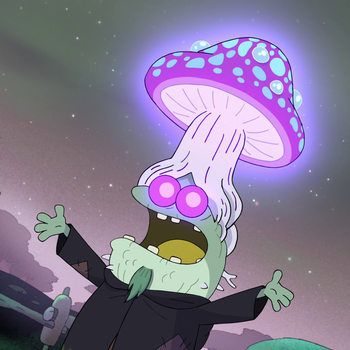 A mysterious frog who gives away potions he makes for free. His true form is that of a giant mushroom controlling the frog whose head he's attached to. 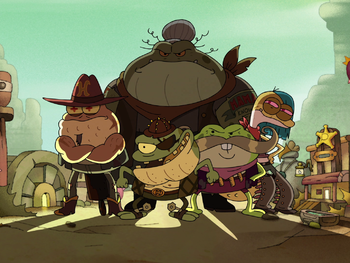 A gang of outlaws that have been terrorizing the town of Bittyburg, until the Plantar family comes along. 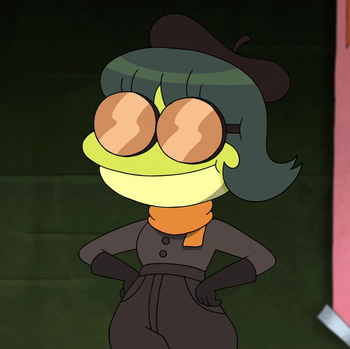 "Renee Frodgers's the name and managing this acting troupe is my game!"
Voiced by: Susan Egan

A theater director who leads a traveling theater to perform in towns, but there's more to her than meets the eye. 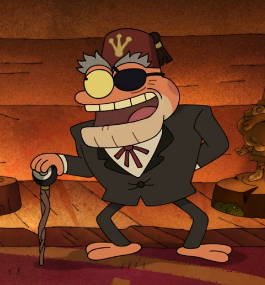 The owner of a mysterious shack of oddities, artifacts, and wax sculptures called the Curiosity Hut in the town of Stony Gulch. Bears a heavy resemblance to a certain other Disney-owned curator of a strange tourist trap.

Screen Fiend
A creature that resided in a cursed video, trapping anyone who watches it indefinitely.
Mr. Littlepot
Voiced by: George Takei

A mysterious frog that Hop Pop meets while he is telling a story about himself driving Bessie.

The Chicka-Lisk
A large Cockatrice-like creature that Anne and the Plantars summon to destroy their fake presents.