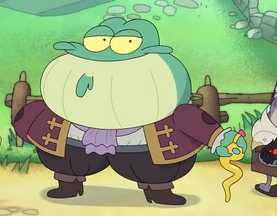 The toad mayor of Wartwood. 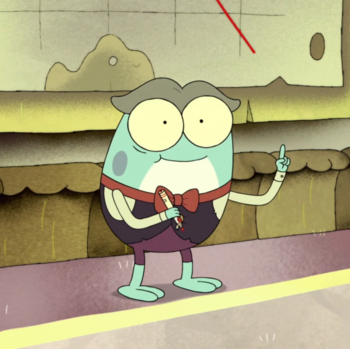 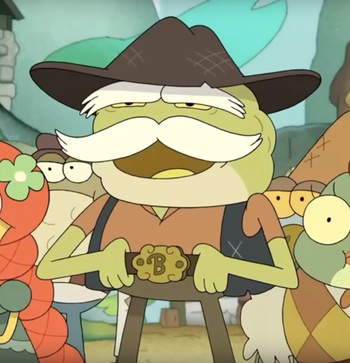 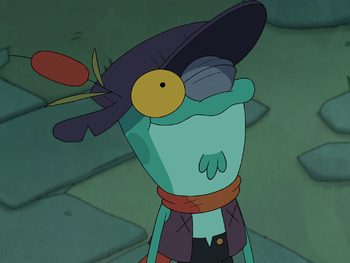 "Anne, the way I see it, you've got a great opportunity in front of you. Whole new world, new people, free to be whatever you want."
Click here to see Wally without his hat 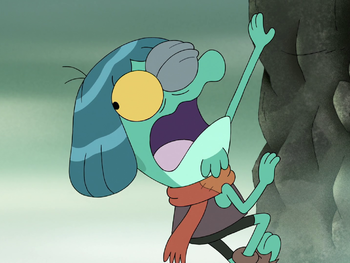 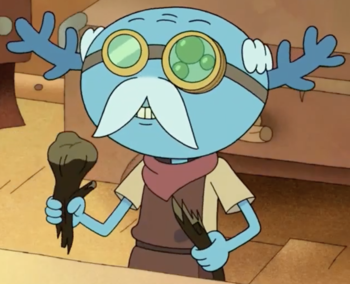 "Well, aren't you fascinating? Yes, you are."
Voiced by: Brian Maillard 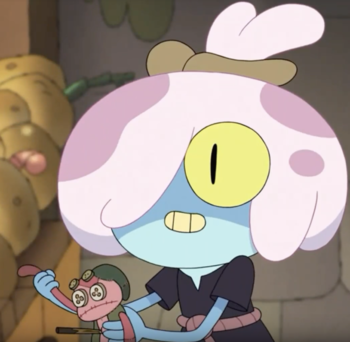 The creepy young daughter of the town baker who has a crush on Sprig. 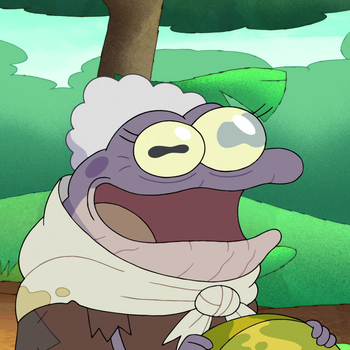 "Thanks again for helping me out! I know Brutus can be a handful!"
Voiced by: Laila Berzins

An old woman who runs the dairy farm. 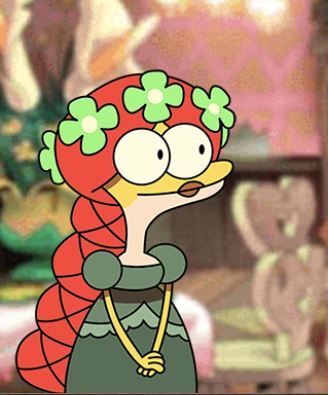 Ivy’s mother and the proprietor of the café. 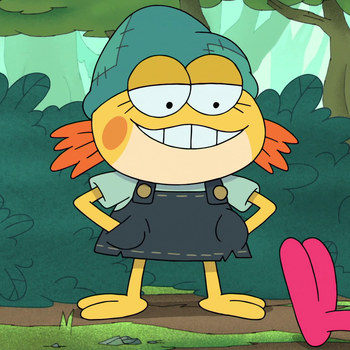 "See you later, Sprig... but you won't see meee!"
Voiced by: Katie Crown 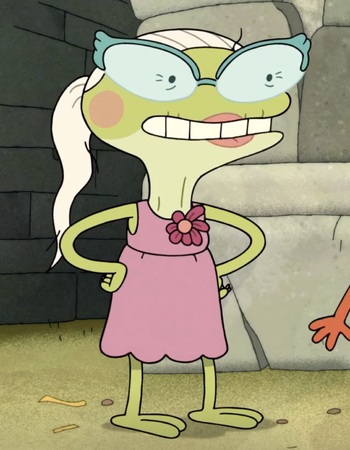 "I've always had a soft spot for the weird ones!"
Voiced by: Mona Marshall

Felicia's mother. Hop Pop is romantically interested in her. 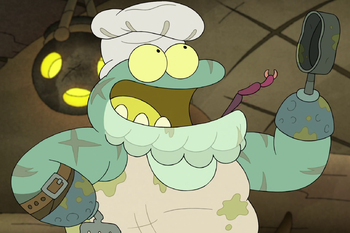 "Here you are. Four bowls of slop. Enjoy. Or don't. Makes no difference to me."
Voiced by: John DiMaggio

A chef running a restaurant in Wartwood. 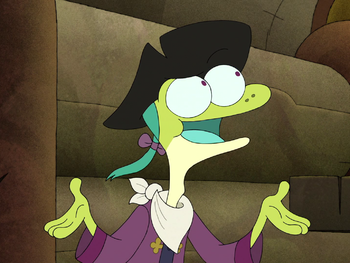 "Well, what does a creature like you know about running a restaurant?"
Voiced by: Kevin McDonald

The most popular restaurant critic in Wartwood. Unfortunately, he's also very hard to please and loves to exploit his reputation. 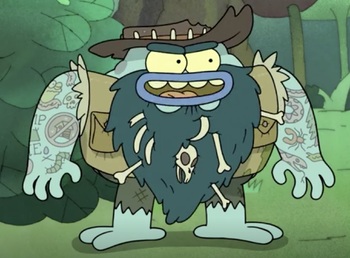 "I can take you folks to a real campsite! One where there ain't none of this kiddie stuff, like shelter or potable water!"
Voiced by: Fred Tatasciore

An outdoor survivalist who lives for danger. 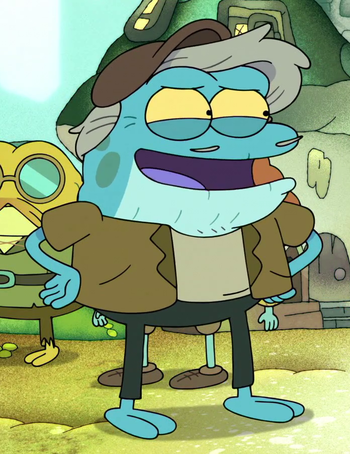 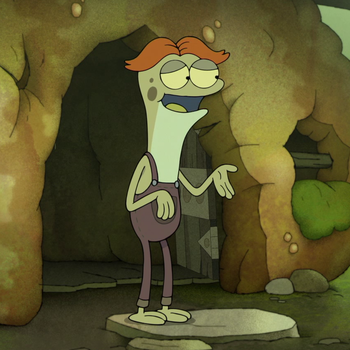 "Oh, can I help you children?"
Click here to see Gunther when he hulks out 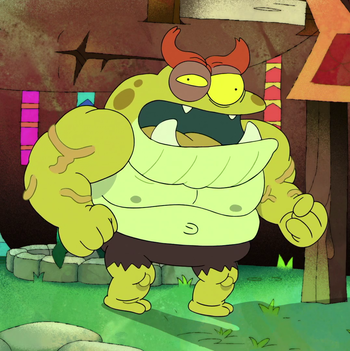 A Southern tusked frog who moved to Wartwood from the south due to an "unfortunate misunderstanding". 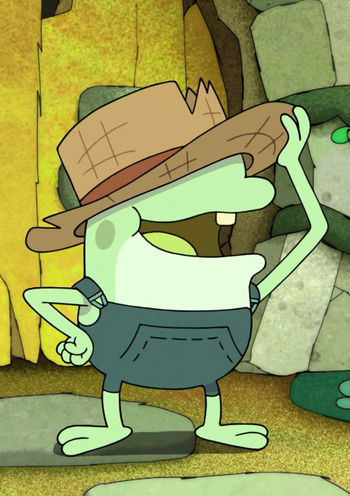 A simple frog of few words who grows tulips.

A frog that skins other frogs to make clothing for herself.