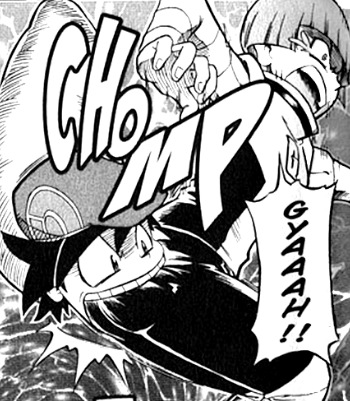 The Idiot Hero putting the bite on the Butt Monkey