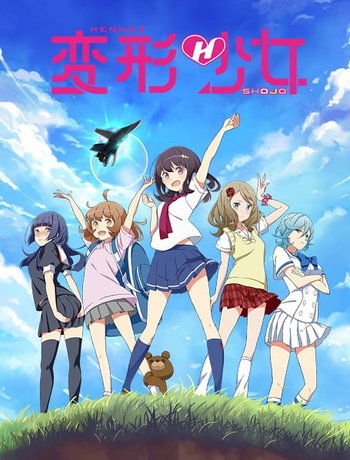 Well...the title of this series translates to Transforming Girls, and oh boy does it ever deliver on that premise.

Henkei Shoujo is a series of five anime shorts, all lasting a minute each, produced by DreamLink Entertainment and broadcast from March 26 to October 24, 2017. The basic plot of each episode goes as follows: our lead character Hiromi is stuck in a sticky situation. Cue another girl coming in who comes in to help her, and doing so by out of nowhere transforming into a vehicle of some kind.

Yeah, it's that kind of show. It's something that really has to be seen to be believed, so here is all five episodes

for the morbidly curious.