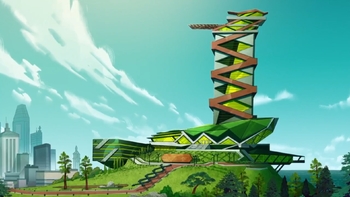 An esteemed biotech company founded by 23 year old scientist Liv Amara, whose goal is to study and improve the environment through bio-friendly and environmental means. After Obake's defeat, monsters start to appear around the city, whom Hiro directly linked to Sycorax's projecst and Amara's public appearances. 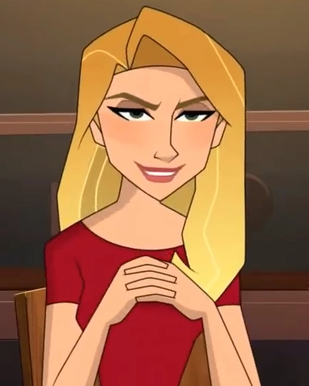 "At Sycorax, we believe in progress at any cost."
Voiced by: Mara Wilson
Appearances: The Series (debut: "Big Problem")

A self-made billionaire whose company, Sycorax, specializes in bio-technology. She serves as the main antagonist of the first half of Season 2. She's revealed to be a clone made by the real Liv Amara named Diane, whose goal is to find her creator a cure after an experiment gone wrong gives her a rare deadly condition. 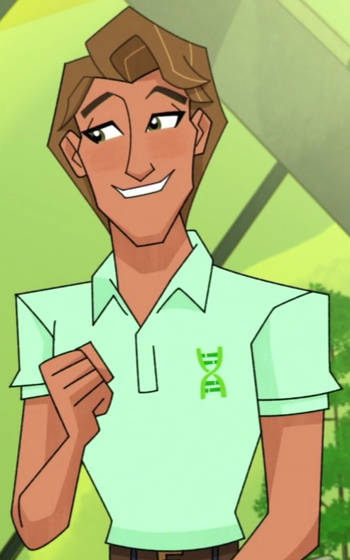 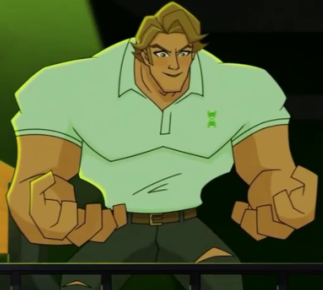 Liv Amara's assistant, or as he prefers to be called, her "Chris-sistant". 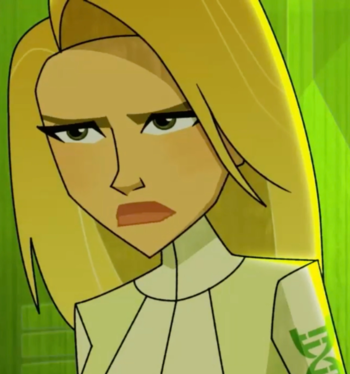 "I never wanted to be saved like this."
Voiced by: Mara Wilson
Appearances: The Series (debut: "Lie Detector")

The real CEO and founder of Sycorax. After experimenting healing parasites on herself, her experiment turned wrong and caused the parasites to attack her good cells, destroying her on the inside little by little. Her last hope was a clone of herself named Diane who impersonated her while trying to find a cure for her rare condition. However, while she was in stasis, her clone also went haywire and started doing illegal experimentation on humans. 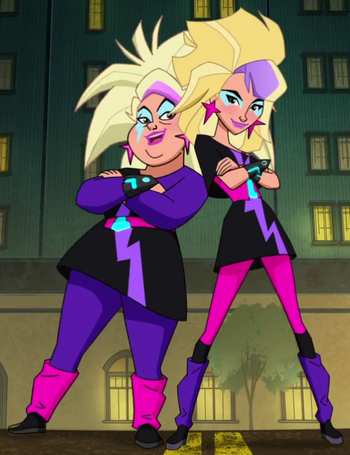 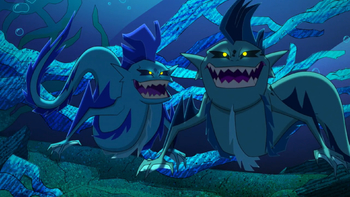 A mother-daughter team of electricity/music-themed criminals. 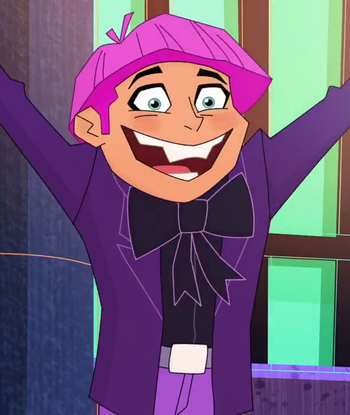 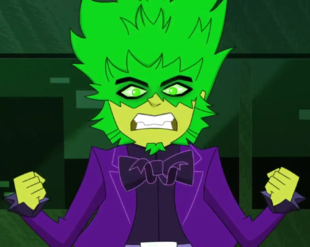 to see his mutant form
Voiced by: Patton Oswalt
Appearances: The Series (debut: "Mr. Sparkles Loses His Sparkle")
"Never give up on your dreams!" 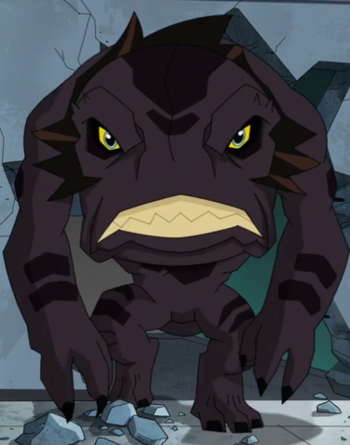 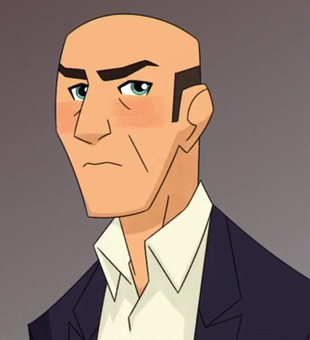 to see his human self
Voiced by: Fred Tatasciore
Appearances: The Series (debut: "Big Problem")
"This thing of darkness... I acknowledge mine!"

One of the richest men in San Fransokyo who was turned into a monster under mysterious circumstances. 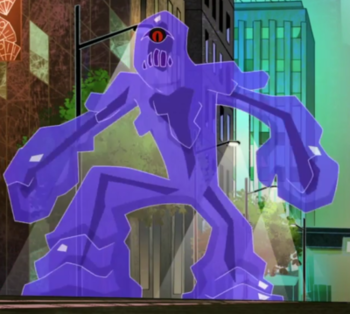 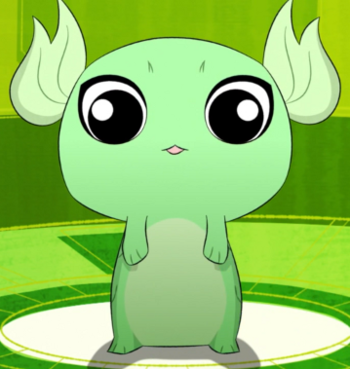 A bunch of cute creatures that mysteriously starts appearing around the city. 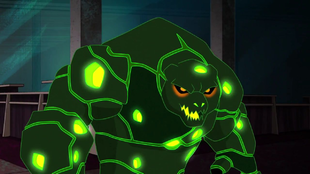 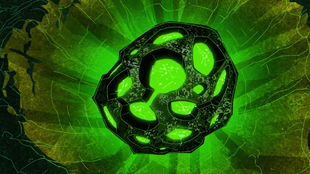 to see Bessie as a meteor

Appearances: The Series (debut: "Muirahara Woods" (as a meteor), "Lie Detector" (as a monster))

A meteor owned by Ned Ludd whose magnetic field causes electronic devices to malfunction. In Season 2, Liv Amara steals and mutates it with bear DNA, creating a dangerous monster with electromagnetic capacities. 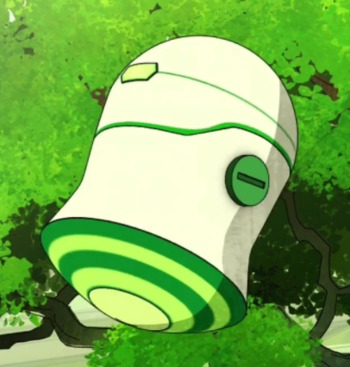 A bunch of robots whose purpose is to generate bio food and bring them to employees. 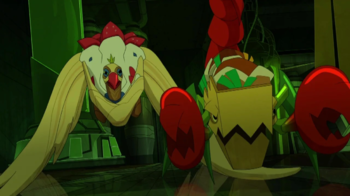 A duo of monsters made out of animal DNA and Yaki Taco fast food. They are hybirds between a taco and a scorpion, and the Sugarzilla crepe dessert with a vulture. They were created by accident when Fred mistook one of Liv/Di Amara's machines for a microwave and put his food inside.