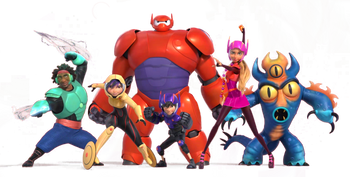 The six main heroes of the franchise. 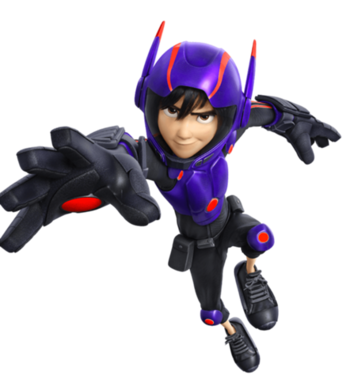 A teen genius who initially spent his free time participating in illegal robot fights, he organizes a team of heroes to catch the villain Yokai. 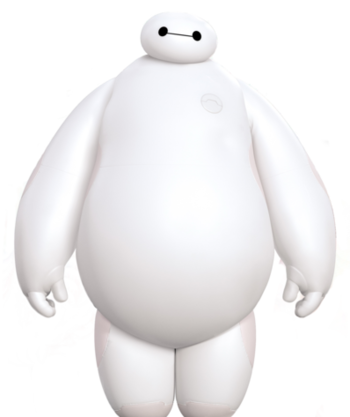 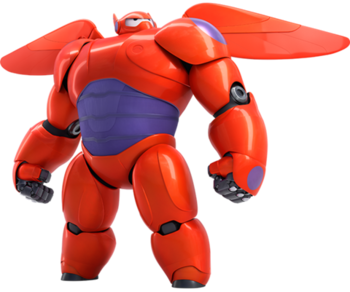 A gentle, naïve robot created by Tadashi to be a healthcare companion. Hiro enlists him to help catch Yokai. 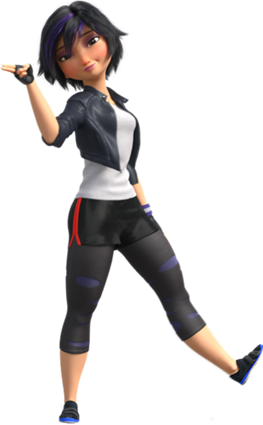 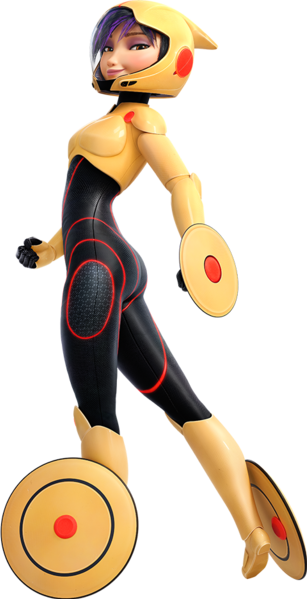 A tomboyish mechanical engineer, her mag-lev skates allow her to move with great speed and flexibility and she has discs that can also be used as a shield or a thrown weapon. 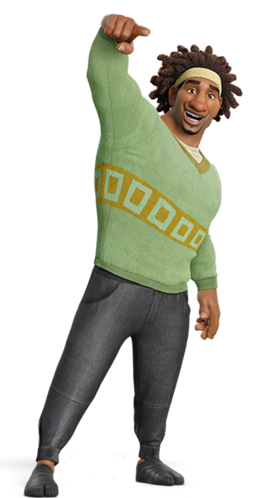 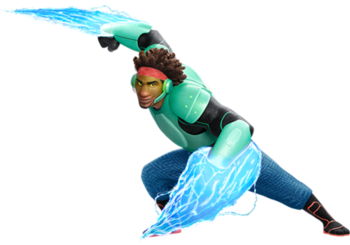 A big, neurotic plasma engineer and sushi chef, Wasabi wields plasma blades that can slice through anything. 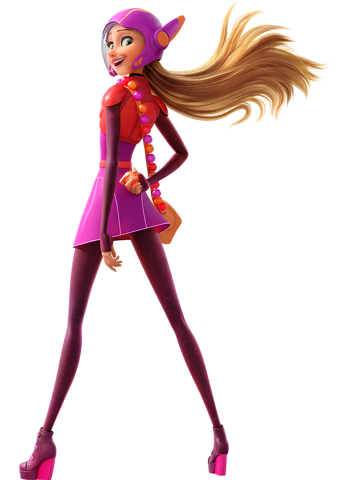 A perky and brilliant chemist, Honey uses all kinds of chemical concoctions in battle. Her main weapon is a purse that can infuse throwing balls with whatever properties she needs. 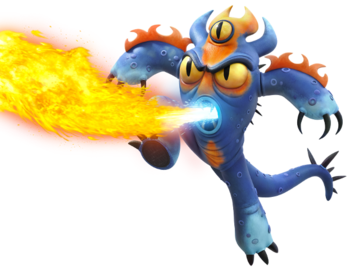