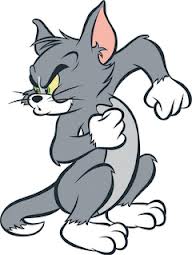 One of the titular characters, a blue-grey house cat who always hunts Jerry and never catches him. 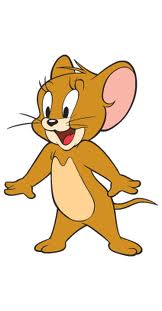 One of the titular characters, a brown house mouse who is always two steps ahead of Tom. 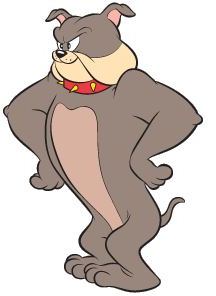 A stern but occasionally dumb American bulldog who is particularly disapproving of cats, but a softie when it comes to mice and his son, Tyke. 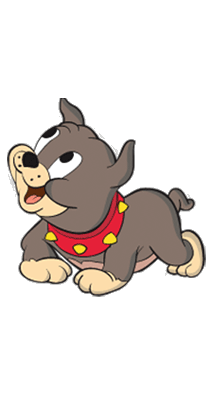 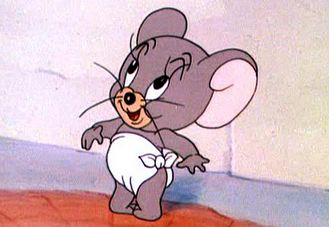 A young mouse that Jerry adopts. 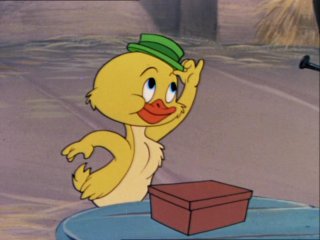 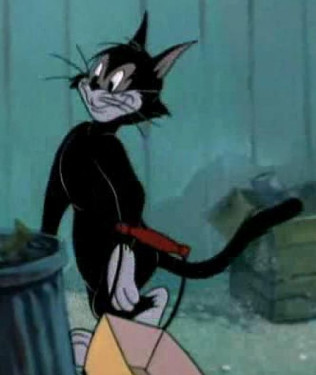 A black alley cat who is either an ally or enemy of Tom's. 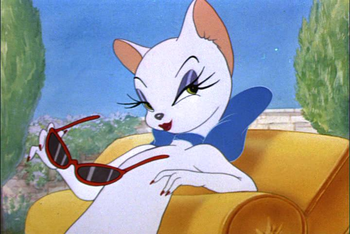 Toodles Galore is an attractive white female cat and Tom's usual love interest, although Tom is a reputed playboy and has had other love interests before and after Toodles. 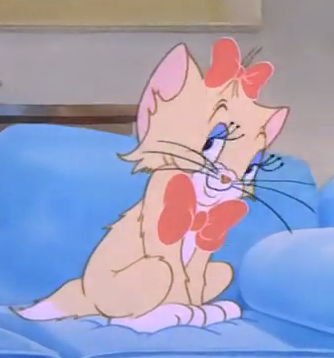 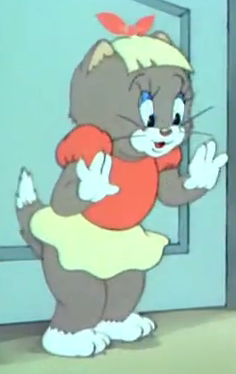 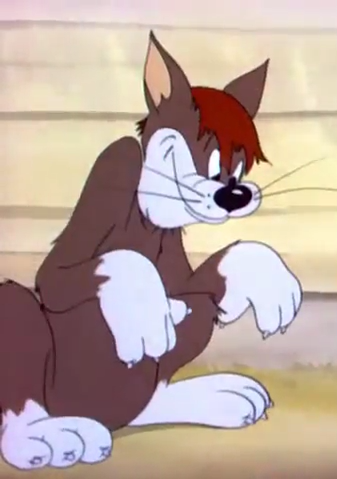 Click here to see his new design in the 2014 series 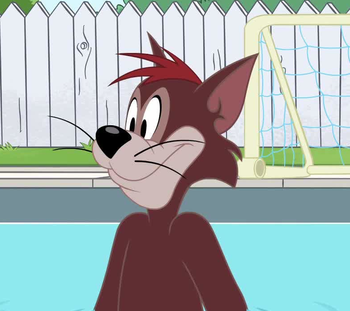 An alley cat who usually appears around Tom or Butch, Meathead is generally the least intelligent member of the gang. 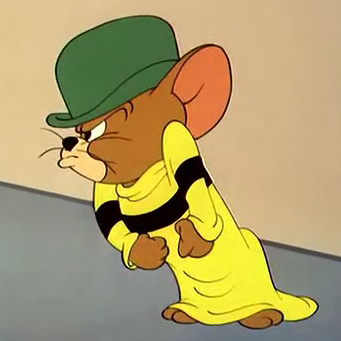 Jerry's super-strong cousin who has never been defeated by any known cat. 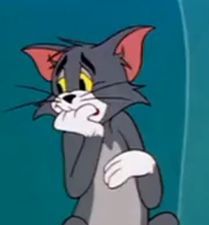 Tom's identical cousin who happens to be afraid of mice. 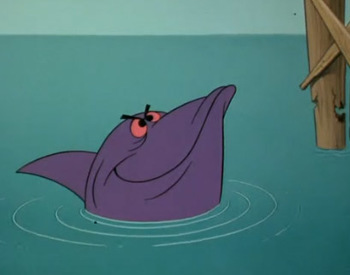 A shark who occasionally goes after Tom and Jerry (usually the former) in the Chuck Jones shorts.

Circus Elephant
A female elephant who befriends Jerry after he removes a golden tack that was stuck in her foot.
Butch the Dog 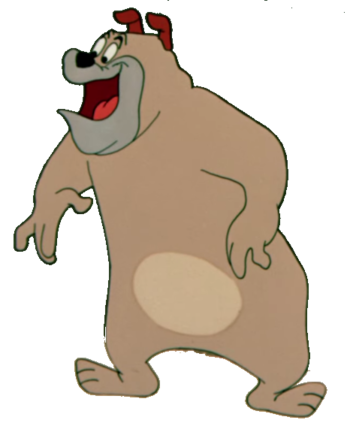 Voiced by: Joe Alaskey
A bulldog who often serves as a minor antagonist. He is featured in several of the movies, and the most recent TV show.
Tin, Pan and Alley 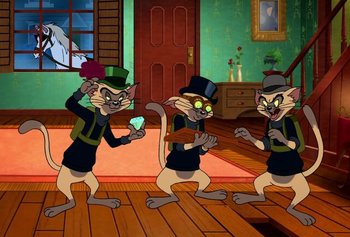 From left to right: Alley, Pan and Tin
Voiced by: Greg Ellis (the voice of Tin), Jess Harnell (the voice of Pan) and Richard McGonagle (the voice of Alley)
A trio of Siamese cats who serve as henchmen to several movie antagonists.
Newt 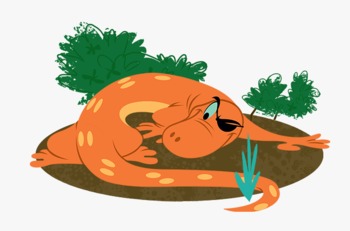 Voiced by: Rene Mujica
A newt owned by a pair of witches Tom belongs to in some of the 2014 shorts.
Hamster 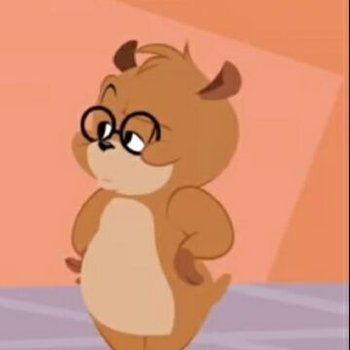 An intelligent but arrogant hamster who lives in the lab of a scientist in some of the early The Tom and Jerry Show (2014) shorts.
Napoleon 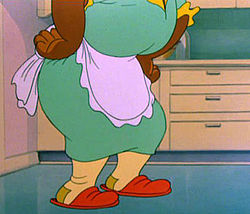 One of Tom's owners. 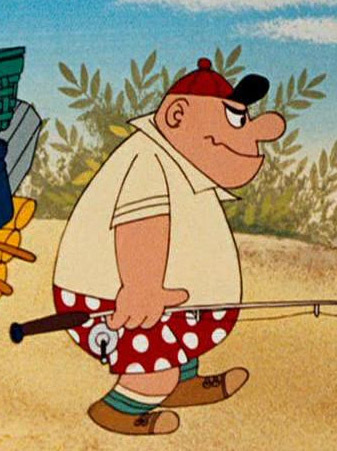 Tom's owner in several of the Gene Deitch-directed shorts. 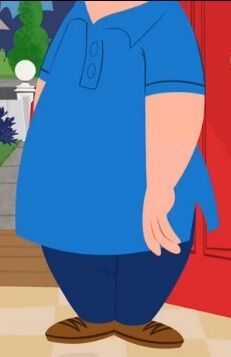 Voiced by: Stephen Stanton
One of Tom and Spike's owners in The Tom and Jerry Show (2014). He favors Spike, unlike his wife who favors Tom.
Ginger 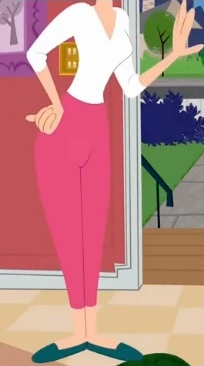 Voiced by: Grey DeLisle
One of Tom and Spike's owners in The Tom and Jerry Show (2014). She favors Tom, while her husband favors Spike.