Yes, even a slapstick cartoon about a cat and mouse chasing each other can be sad at times. 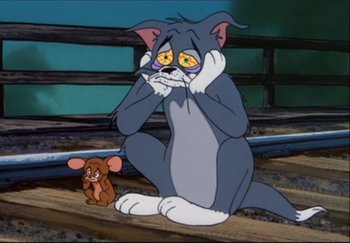 "Poor Tom and Jerry. In a few seconds, it will all be over. And for the first time since they met them, they'll be happy."
Advertisement: