Characters / The Other Side of The Spectrum - PHL/UN Taskforce

The PHL began as a peaceful pro-human group started by Ambassador Lyra Heartstrings, but gained military backing after USMC Colonel Marcus Renee was assigned as her bodyguard, catapulting him into a position of unprecedented power. Since then, the "Ponies for Human Life" title has become something of a misnomer due to the inclusion of humans and other sapient beings from Equus. Currently, the PHL are also working in tandem with a United Nations taskforce led by Colonel Renee.

The PHL's founder and original leader, Ambassador Lyra Heartstrings is still a symbol of true harmony between humans and ponies after her execution by Queen Celestia. 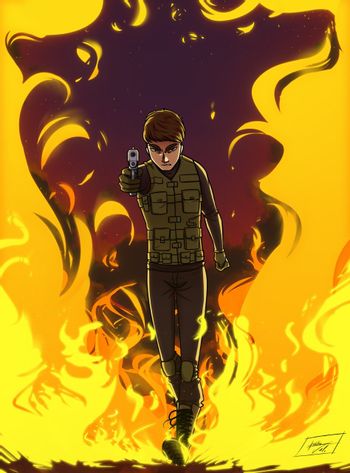 He's a colonel, not a commander. Art by Kare Valgon

.
The main protagonist of the original iteration of the story, Colonel Marcus Renee is a leading member of the PHL and the UN Taskforce, as well as a very capable human combatant augmented with magic runes that greatly enhance his strength. Nevertheless, the war has not been kind to him. 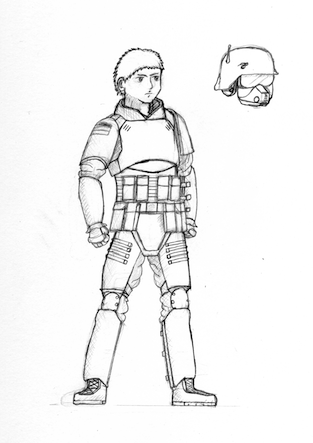 The Knight of Germania. Art by Proudtobe

A Bundeswehr major notable for going into battle wearing power armor and wielding a claymore, hence his nickname, "the Knight of Germania".

A brilliant earth pony and a former Time Lord physicist and one of the PHL's most resourceful strategists. 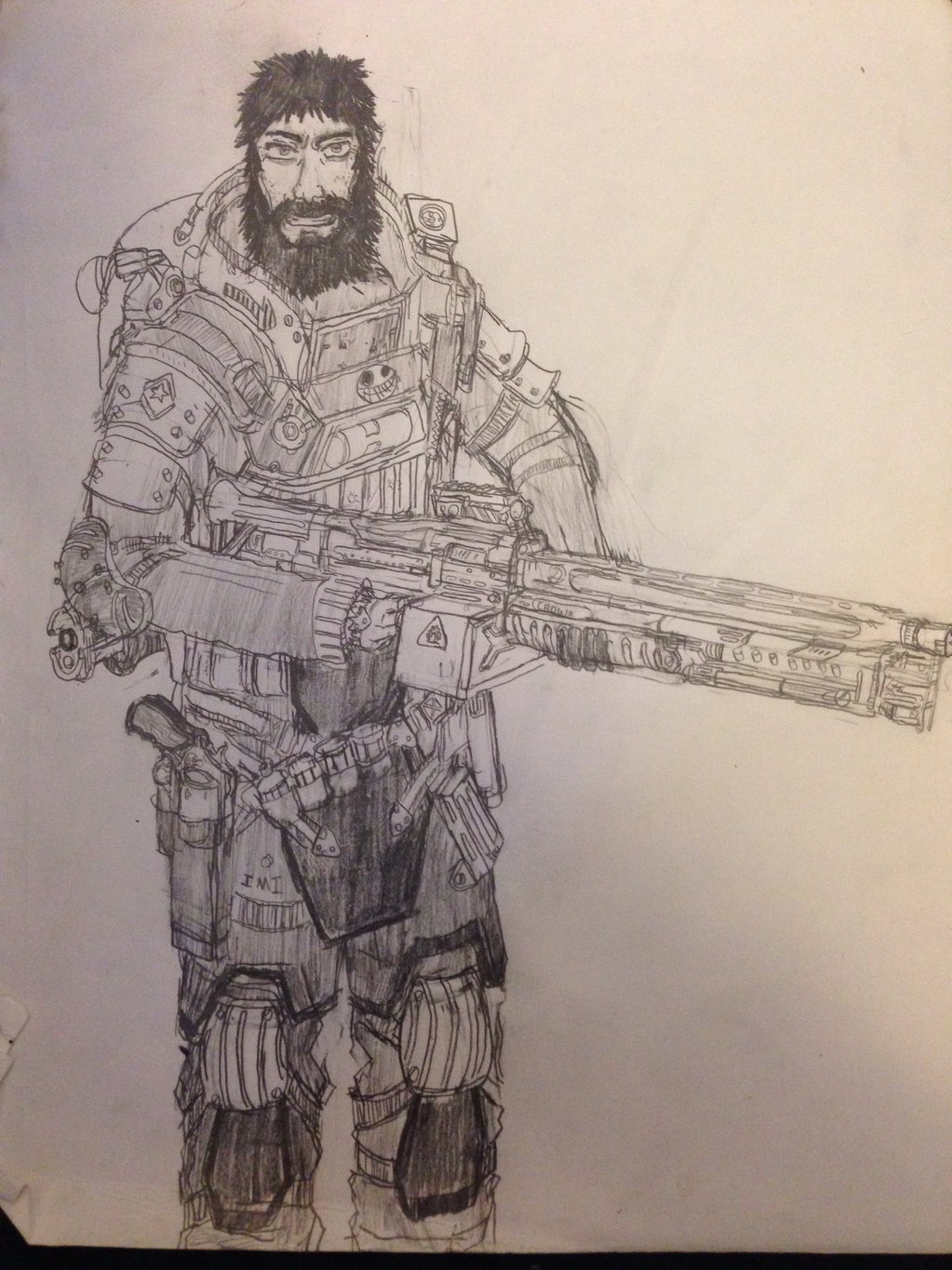 :Kraber, in his element Art by Doctor Fluffy

.
A bitter and violent half-South African/half-German ex-HLF soldier, currently holding the rank of Stabsunteroffizier in the Bundeswehr. Kraber takes Shell-Shocked Veteran to an extreme beyond any other protagonist in the story. His life since the barrier's appearance has been rather depressing – ever since finding his children were ponified at their own birthday party, he's gradually taken leave of his sanity.

He's probably the most ubiquitous character in the 'verse, having appeared in the main story, cameoed in the Asia story, being mentioned in Adrift, Last Train, Case Files, and Calm Before The Storm, as well as the central role in The Light Despondent, even appearing in The Avatar Of Albion for a not-so-quick cameo.

One half of the inseparable duo of Octavia Melody and Vinyl Scratch, this DJ has endured a lot since her best friend died on the first day of war.

Ponyville's pegasus mailmare, who now serves as a field nurse to ponies and humans alike.

An amethyst unicorn and the older daughter of the Whooves clan. She currently serves as an expert on runic magic in the PHL.

A pegasus filly, one third of the Cutie Mark Crusaders. She left the empire and lives under the care of Cheerilee and the PHL.

One of the minor princesses, Cadance in the TCB-verse is a pegacorn who never ascended to alicornhood.

Lyra Heartstrings' earth pony girlfriend, who was forced to watch her get executed.

The granddaughter of the late TCB Sint Erklass, former Arch-Mage of Adlaborn. Like her prime universe counterpart, her soul is bound to a magical cloak which seizes control of the body of whomever wears it. Her current host is a mysterious young woman known only as Lawrin. 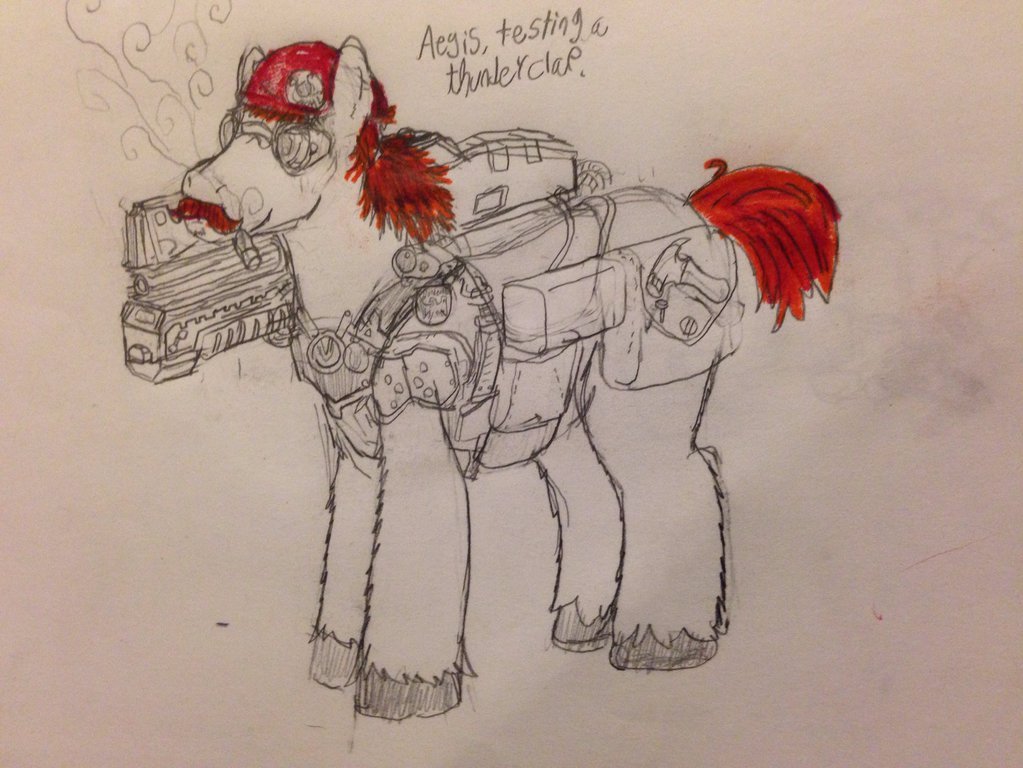 "And now you have to show common sense?!"Art by Doctor Fluffy

.
Kraber's ever-present, enormous, and long-suffering earth pony friend, whose function as a pony liaison to the Bundeswehr really boils down to "keep Kraber from doing anything stupid". He has two foals that he dotes on.
Claire and Laura
Claire Lawgrave, Laura Hedd

A rather mentally disturbed pair of PHL women based in Truro.

An orphan filly affiliated with the PHL.

A more radical wing of the PHL who wish to preemptively purge the United States' Eastern Seaboard of all PER and HLF presence before Barrierfall.
Lt. Yael Ze'ev
Yael Ze'Ev 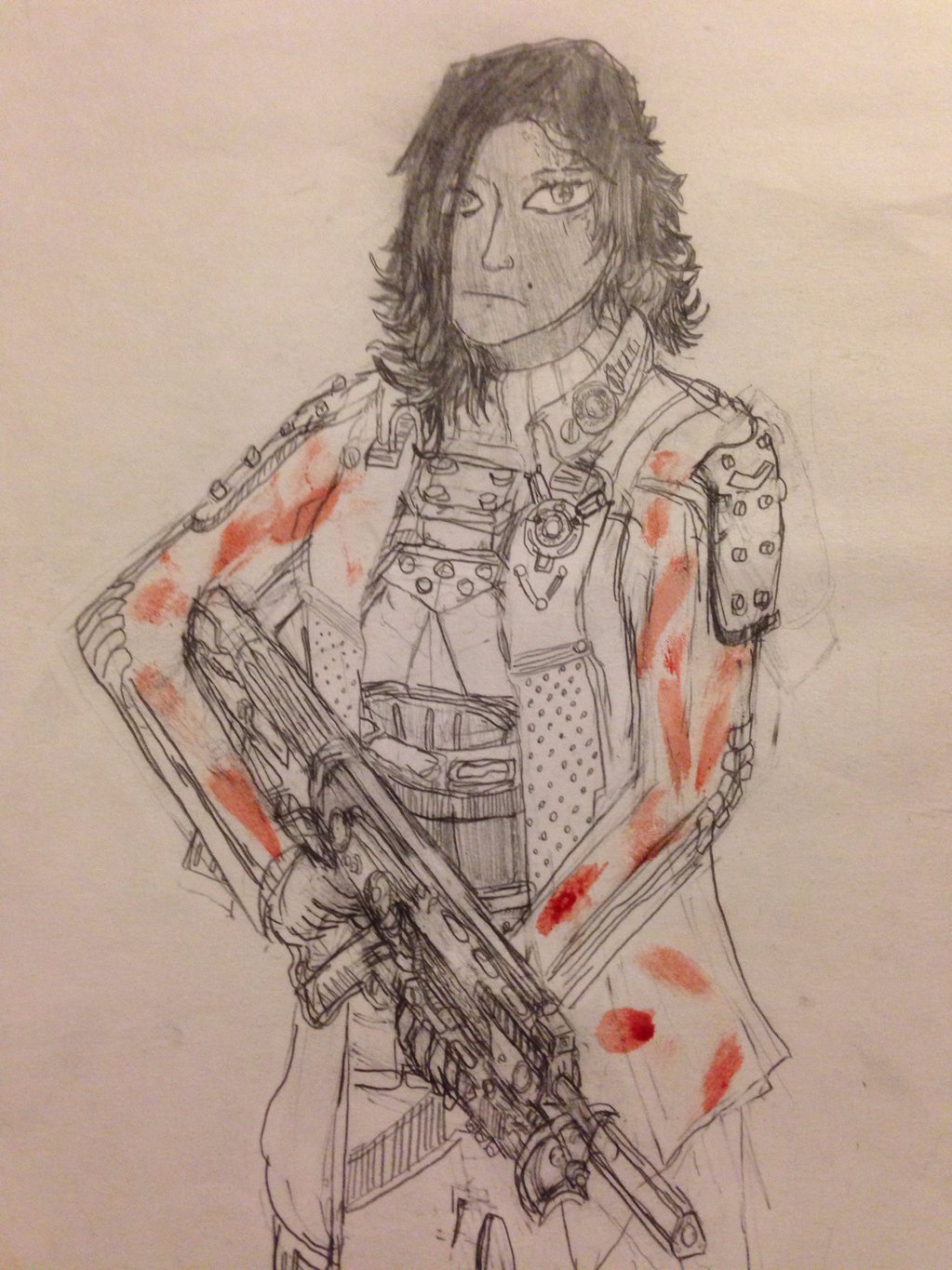 "So... we couldn't not help them."
A female Israeli soldier, evidently quite high-ranked in the IDF that accompanies Kraber and Aegis in their raid on a Dead End in Detroit. Other facts about her can only be found on Fluffy's deviantart

. She's Famed in Story for having fought the HLF on numerous occasions.
Heliotrope
Heliotrope 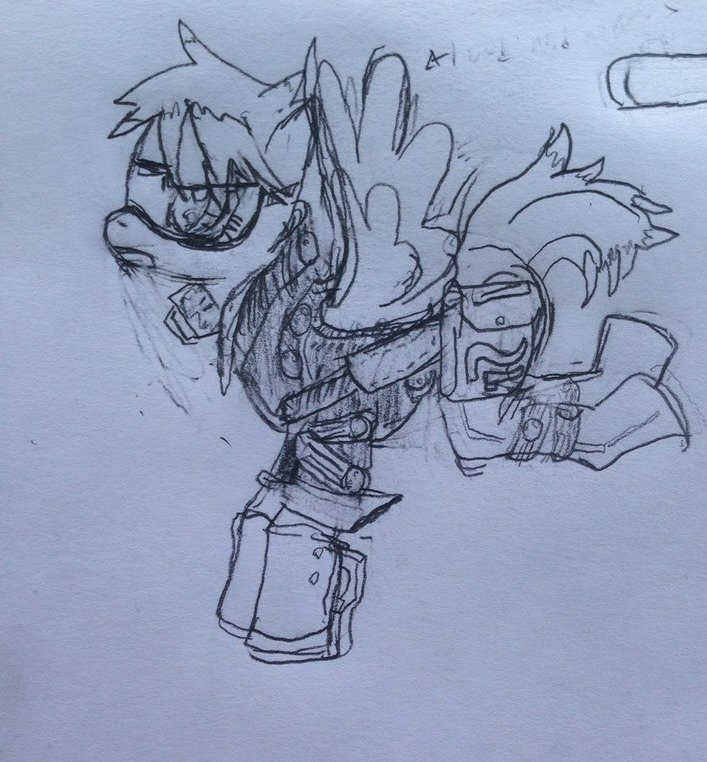 A PHL member first seen in Case Files, shooting a man's hand off with a 7.62x39mm kalashnikov. He's a friend of Kraber and Aegis at the time of Calm and plays a minor role in Light Despondent.

A member of the now fractured Apple Clan and Johnny C's almost-constant companion. The two of them are borderline-inseparable.

The former friend of Rainbow Dash, turned resistance fighter for the PHL.

Iron Will (TCB)
Iron Will

The sole minotaur living in the TCB-verse, fighting alongside the PHL to avenge his race.

A trio of PHL soldiers assigned to train the native Vanhoover Company unit in Equus Prime, each with their own skillset and assignments.
Sgt. Jaka

The team that makes sure PHL soldiers get their fantastic futuretech weaponry. Their creativity is so boundless that trying to limit is compared to bottling a waterfall.
Col. Ambrose Hex
Ambrose Hex

The head of R&D, who briefly travels aboard CPX-9872 while it flees Halifax.

An ex-PER member who grew disillusioned with the methods his allies were using. He defected to the PHL, bringing enchanted equipment that helped them to make leaps and bounds in magic enhancements. The good doctor suffered for his change of heart, though – thanks to the beatings he received while trying to deliver the gear, his body is a wreck.

A leading figure in the PHL's R&D division, partner of Pineapple Cutter. It's stated that the two of them are working on something outside of the PHL's approval.

An earthmare with a rather twisted worldview, who works as the "lab assistant" and bodyguard to Dr. Salonen, one of the leading members of PHL R&D.

A mysterious "consultant" brought onto PHL R&D's payroll, Bowman is a Sarcastic Devotee par excellence, prone to criticizing PHL methodology, who comes and goes as he pleases. And yet he remains allied with them, for as yet unclear reasons. Basically all but outright stated to be The Doctor from a universe parallel to the Spectrumverse. It's probably The Avatar Of Albion, judging by the fact that he's also appeared in Bittersweet Victory, one of that story's sequels.

An R&D research mare who often works with Bowman on his projects.

A... you know, good question. "The New Researcher" is just that, a new PHL employee referred to through purposely gender-neutral pronouns, all variations on "ae", who is evidently making waves in PHL R&D. Aer first "appearance" was in Chapter 13 of Light Despondent, It's Another Day.

A aristocratic unicorn from Canterlot who aids the PHL from behind the scenes despite the risk it will put him through.

Another former student of Celestia's School, well-read and kind-hearted, Moondancer is a great believer in the potential of ponykind and humanity's shared future.

Applejack's big brother remained in Equestria to manage the farm, but secretly hates the slave plantation it has become.

One of the Apple clan's neighbors, a carrot farmer and Big Mac's partner-in-crime.

Not quite as lucky as her friends, Applebloom was stuck in the Solar Empire as the war raged on, getting a front row seat to all that has happened.

Before getting indoctrinated, Rarity had the presence of mind to send her little sister away. Sweetie Belle now lives in Zecora's old hut within the Everfree Forest, but don't worry, she's more than capable of fending for herself.