"It's not an adventure if you're invited!"
Voiced By: Kimiko Glenn

A teenager that Webby and the triplets befriend. She is related (and bound) to Magica De Spell. 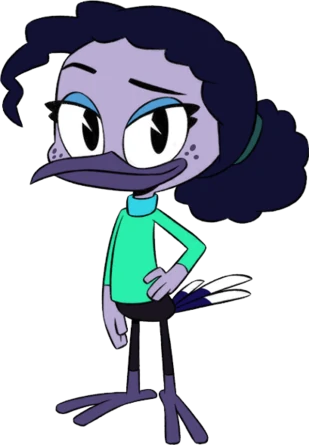 "All my life, I’ve been rational, never giving things like magic a second thought. But when the Shadow War happened, it jolted something in me. Opened my eyes! There's a world beyond textbooks and rational truths! One I'm compelled to know more about."
Voiced by: Libe Barer
A girl Webby meets at the library with an interest in magic and the occult. 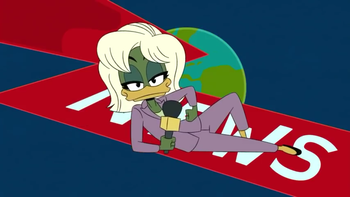 "The storm has unsurprisingly centered above McDuck Manor."
Voiced by: Kari Wahlgren
A television reporter in Duckburg, who's more interested in making engaging TV than accurate reporting.
Randy and Johnny 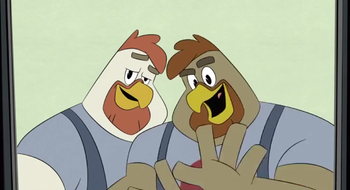 Johnny (left) and Randy (Right)
Voiced by: Keith Ferguson
A pair of rooster brothers who are the hosts of Ottoman Empire, a show that Louie enjoys.
Mamá Cabrera 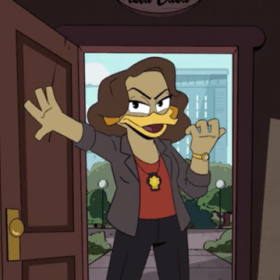 "I have never been more proud in my life."
Voiced by: Selenis Leyva

The mother of Fenton. She is also a police officer. 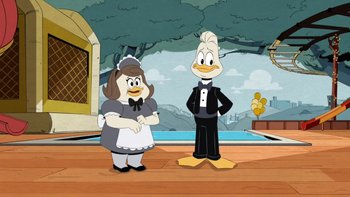 The long-abused and deeply disturbed parents of Doofus Drake, who treats them more as his servants than actual mother and father. 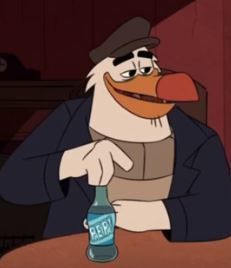 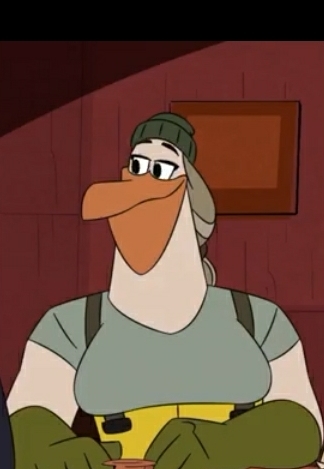 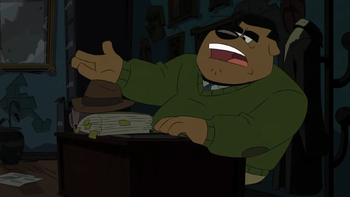 A tough-looking individual that seems to have some history with Donald. Dewey and Webby believe him to be some kind of crook.

A soda magnate and the owner of the Pep! soda brand who tries to weasel his way into Doofus Drake's birthday party. 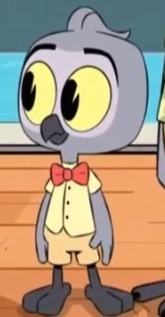 A robotic child introduced as the son of Mark Beaks, who seems to have created him for publicity. 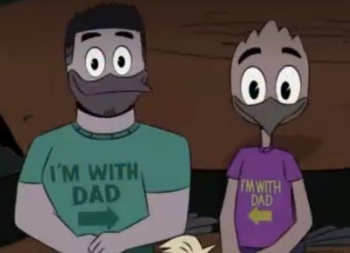 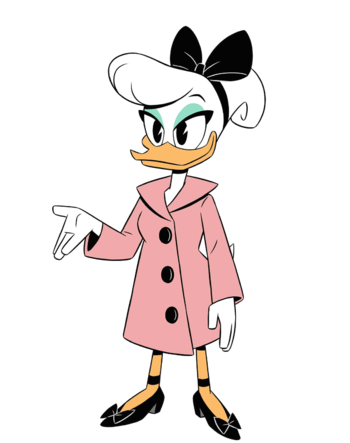 A professional party planner and the personal assistant to Emma Glamour who wishes to kickstart her career as a fashion designer by impressing her boss with her homemade dress enough to get it on the IT list. 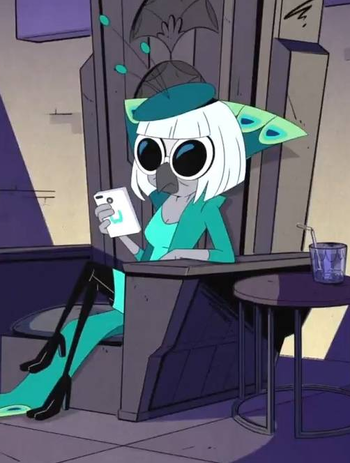 A harsh style critic who runs a popular "It" blog and hosts a gala every year to update it.

Immigrants from the Moon 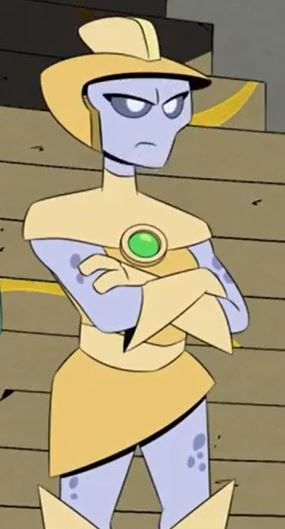 "BOO! YOU DISAPPOINT ME IN EVERY WAY POSSIBLE!"
Voiced by: Julie Bowen

A high ranking lieutenant from the Moon. She has an aggressive personality and is always vigilant for anything that could be a threat to her people.

Voiced by: Cree Summer and Fred Tatasciore
A species of rock creatures who live in abandoned subway tunnels beneath Duckburg.
Tenderfeet / Gavin 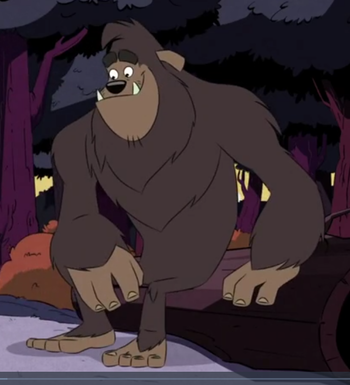 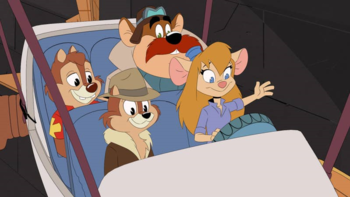 A group of laboratory animals and test subjects of Black Heron's whose intellects were enhanced by her "intelli-ray", making them both intelligent and heroic. 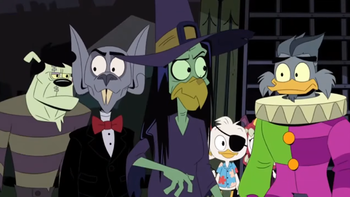