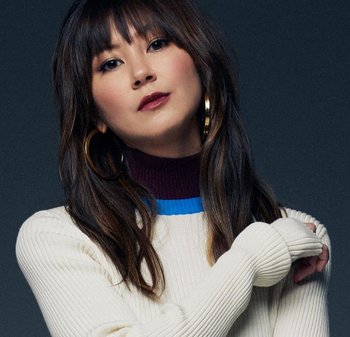 Kimiko Elizabeth Glenn (born June 27, 1989 in Phoenix, Arizona) is an American actress. She is best known for her Star-Making Role, Brook Soso on Orange Is the New Black. She's also known for playing Lena on DuckTales (2017), General Ezor on Voltron: Legendary Defender, Peni Parker / SP//dr in Spider-Man: Into the Spider-Verse, and Bridgette on Close Enough.

She has also done musical theater, most notably originating the role of Dawn on Waitress's original Broadway run.