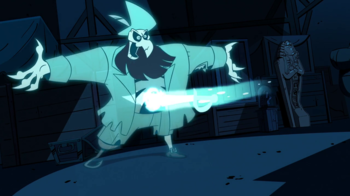 The ghost pirate, known as the "Scourge of the River Styx". 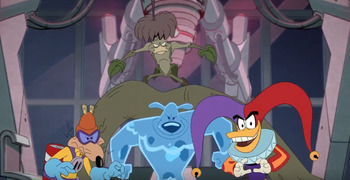 Villains from Launchpad's favourite show Darkwing Duck: the evil clown Quackerjack, electricity-powered Megavolt, and water-controlling Liquidator. The plant/duck hybrid Bushroot also briefly appears in a comic book. They all later return in "Let's Get Dangerous!", where the Fearsome Four are summoned by Taurus Bulba using the Ramrod to serve as his henchmen. 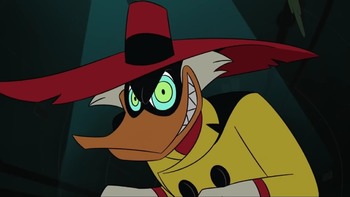 "It was all a setup. That hack put my fan in danger to steal the glory and humiliate me! They want 'grim and gritty', huh? Happy to play the part..."
Click here to see him as Darkwing Duck 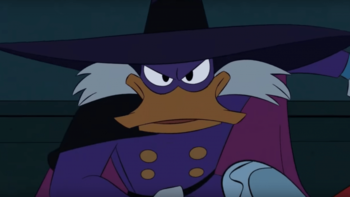 Jim Starling was the actor who originally played Darkwing Duck. Years of trying to coast off of his residual fame from the role, combined by him being replaced in a Darker and Edgier reboot and the series of events that follow, end up causing him to snap and become Negaduck. 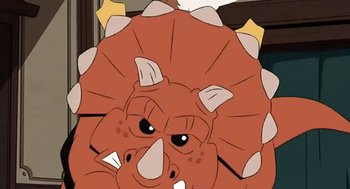 An aggressive young Triceratops that accidentally ended up in the present due to Louie's time-travelling shenanigans. Huey names her "Tootsie" as an attempt to placate her when she menaces him. 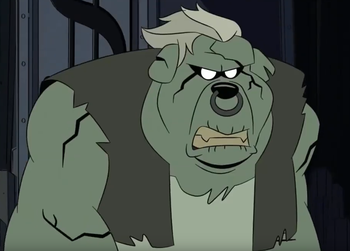 "Richest..."
"He cannot be bought, he cannot be fought. Though riches you've got, your life will be fraught until you have earned the one thing you have not."
Voiced by: Fred Tatasciore
An undead monster cursed to hunt down the richest person in the world.
The Live TV Audience 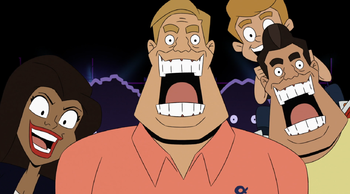 The most terrifying monsters of all.

An audience of human beings created as part of Donald's wish granted by Gene the Genie. When the Duck Family tries to figure out a way to escape the sitcom-based reality they're trapped in, the audience unrelentingly tries to stop them as the wish's defense system.

Rhinokey
A monster hybrid between a rhinoceros and a gorilla, created by the Stone of What Was.
Poe De Spell 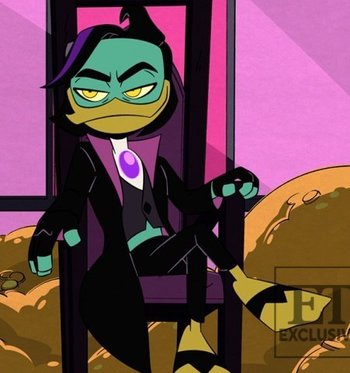 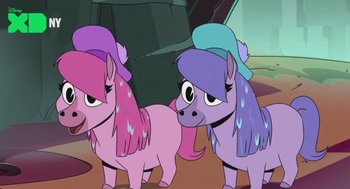 Two friendly, pastel-colored Kelpies who act as quasi-guides on a mystical golf course. Don't take them up on their offers for rides if you value your life. 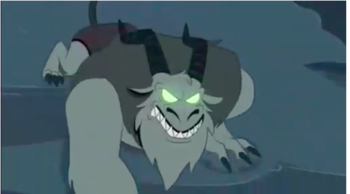 "SCROOGE! WHEN'D HE GO?!"
Voiced By: Jack McBrayer
A monster that preteen Donald and Della, as well as a time-traveling Dewey, encounter on Christmas Eve.
Jormungandr 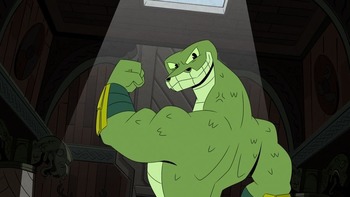 "THIS IS RUMBLE FOR RAGNAROK, OOOOONE HUUUUUNDREEEEED!!!"
Voiced by: Kristofer Hivju
The World-Eating Serpent: a famous wrestler of Valhalla who challenges the champions of Earth every ten years.
Team Valhalla 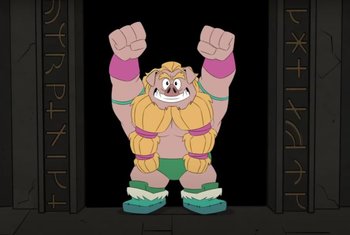 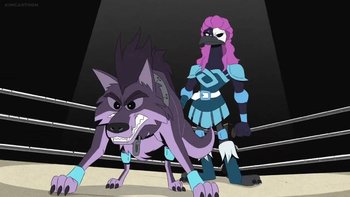 A group of Norse deities in Jormungandr's wrestling team, including Strongbeard, Hecka and Fenrir. 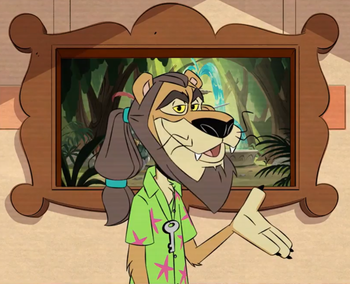 "I've always said that youth was wasted on the young, so give me yours."
Voiced by: Nestor Carbonell

An infamous conquistador known for his discovery of the Fountain of the Foreverglades. In the present day, he works as a hotel manager who tricks his guests into giving up their youth to keep himself young forever. 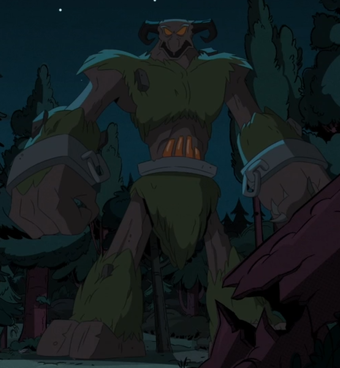 A titan released by Storkules after being manipulated by Zeus. 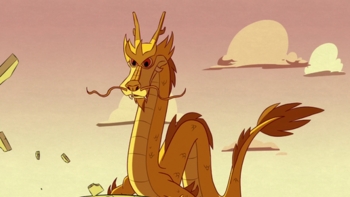 A golden dragon sealed in stone, and one of Scrooge's dangerous artifacts. 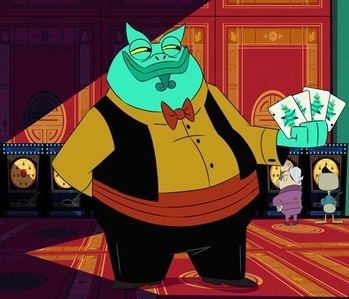 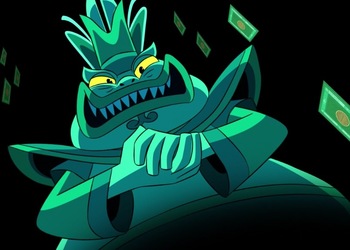 At the House of Lucky Fortune, you are all kings!
Voiced By: B.D. Wong

The floor manager of the House of Lucky Fortune, a casino in Macaw. And also a malevolent ancient spirit that feeds on good luck. A descendant of Toth-Ra's bodyguards. 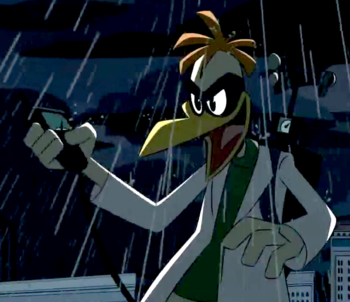 A mad scientist that Gizmo Duck came into conflict during a powerful thunderstorm that he himself created. 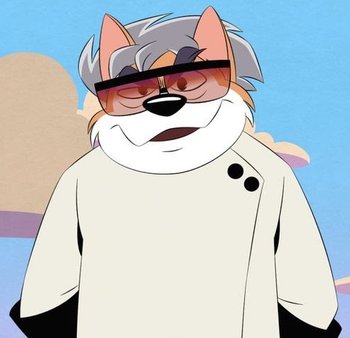 "Now the moment of reckoning shall be miIIIEH! Has the sun gotten brighter in the last 20 years?!"
Voiced by: Cary-Hiroyuki Tagawa

A Japanese scientist who used to be Gyro Gearloose's mentor.