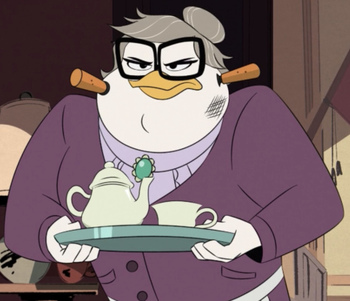 "And one secretary for an old man who seems to have forgotten that I am not his secretary!"
Voiced By: Toks Olagundoye

Scrooge McDuck's housekeeper, bodyguard, and most definitely not his secretary. 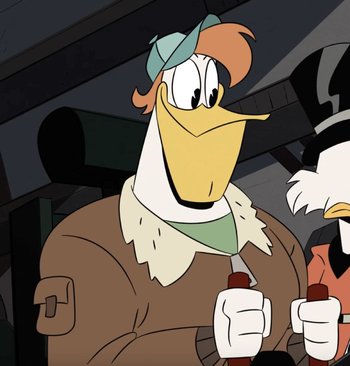 "Aw, family truly is the greatest adventure of—OH NO THE GROUND!"
Voiced By: Beck Bennett

Scrooge McDuck's driver of all things, usually crashes them at some point. 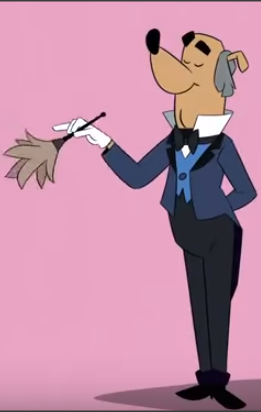 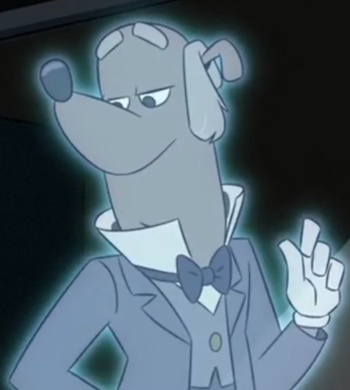 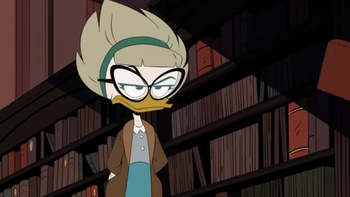 Scrooge's archivist of all the Clan McDuck family history in the Money Bin. A bit crazy from being alone in a library all the time. 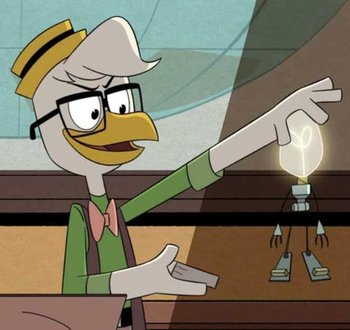 "Shut up, everyone! I've done something brilliant!"
Voiced By: Jim Rash

Scrooge's personal scientist and inventor who works as his head of R & D at McDuck Industries. 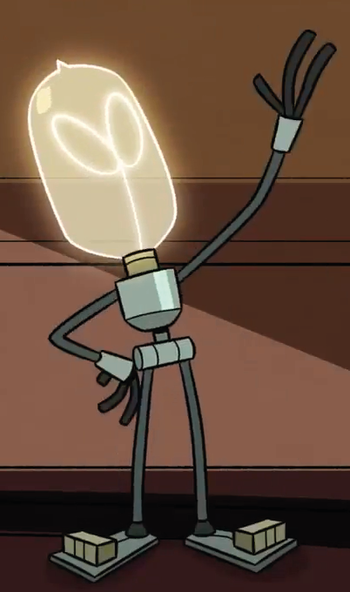 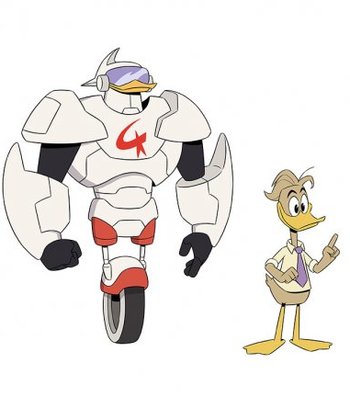 "Operating passcode: Blathering Blatherskite!"
" I am not your amigo. I'm not a mascot or an intern or a fancy tool! I. Am. Gizmoduuuuuuck!"
Voiced By: Lin-Manuel Miranda

Gyro's former intern promoted to doctor, whom Scrooge hires to be Duckburg's protecter in his absence — the superhero Gizmoduck!

A ghost that the triplets release in Scrooge's garage. He later returns as Gyro's intern under the name "Manny".