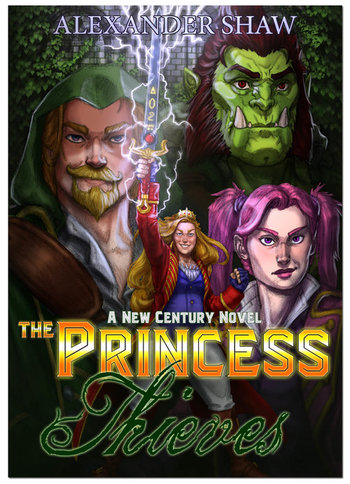 Come On Down to London Town
Advertisement:

The Princess Thieves is an audio drama created by Alexander Shaw and is the fifth story in The New Century Multiverse, as well as the fifth part of Phase 1 of the overarching story.

Set on the same Alternate History Earth as the rest of the series, it explores what has become of Victorian Britain since the coming of the Zombie Apocalypse that has wiped out most of humanity.

Now has a direct prequel in the form of The Christmas Thieves.

The Princess Thieves provides examples of: