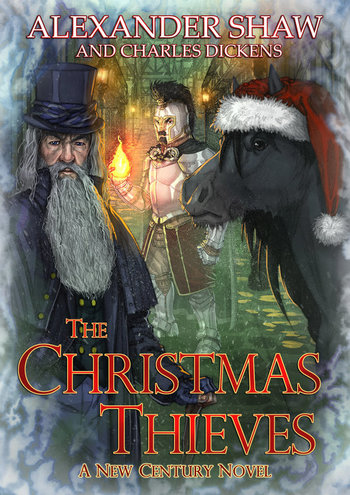 Does Everyone Deserve Redemption?

The Christmas Thieves is an audio drama created by Alex Shaw and is the seventh story in the New Century series, serving as a prequel to The Princess Thieves.

Set eight months before the events of The Princess Thieves, the story deals with Merlene attempting to redeem Captain Baltus in a manner to A Christmas Carol.

The Christmas Thieves provides examples of: