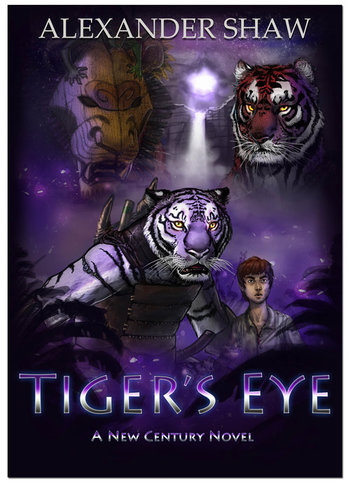 Tiger's Eye is an audio drama created by Alexander Shaw and is the third story in The New Century Multiverse, as well as the third part of Phase 1 of the overarching story.

Tiger's Eye tells the story of Miguel, who, after falling through strange portal, becomes lost in the world of Rama, a world populated by anthropomorphic cats. After Miguel is saved by the tiger huntress Hrao, the two must work together and brave the dangers of Rama to get Miguel back home.