This page covers the supporting characters of Wreck-It Ralph. 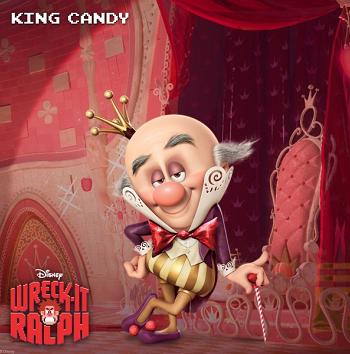 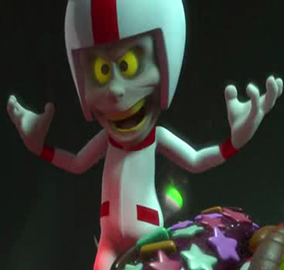 Ralph... you're not going Turbo, are you?

The corrupt ruler of Sugar Rush and the best racer in the game. Or at least, that's what we think he is.

He was originally Turbo, the famous main character in an 8-bit racing game called Turbo Time. When attention turned away from him and to a new game called RoadBlasters, he invaded it to force people to pay attention to him. This resulted in both games being labeled non-functional and unplugged. The story became a cautionary tale, and his name became a byword for abandoning one's game. Most of the arcade's inhabitants think he died when Turbo Time and RoadBlasters were unplugged, but in reality, he game-jumped once again to Sugar Rush and altered its code to become its ruler, while making the real ruler, Princess Vanellope Von Schweetz, a glitch. 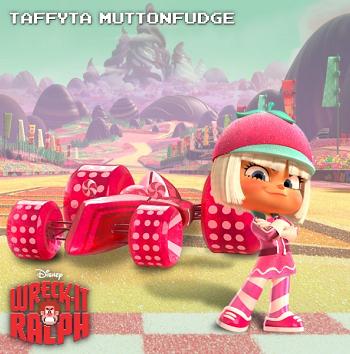 Taffyta Muttonfudge is a character from the game Sugar Rush, where she is known to be an accomplished racer, second only to King Candy. She and the other characters in the game repeatedly bully Vanellope, not knowing King Candy manipulated the code and locked up everyone's memories of her, making them believe that Vanellope was nothing more than a glitch.

The player characters of Sugar Rush, a group of Pint-Sized Kids who pimp themselves and their karts out in confectionery themes of all kinds. Don't be fooled by their sweet appearances — they're as hard and mean as they come. 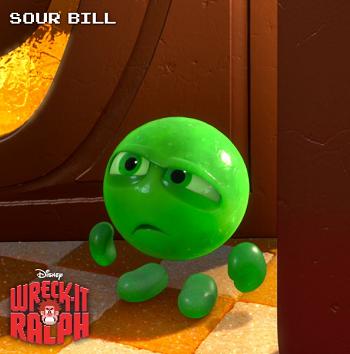 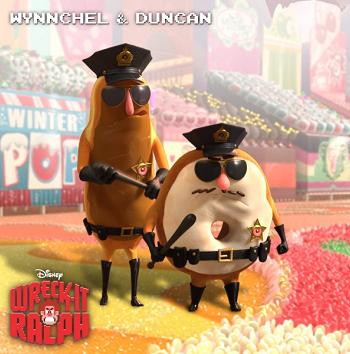 Do-nut mess with a cop, boy. Now come and get your tasty Police Brutality! 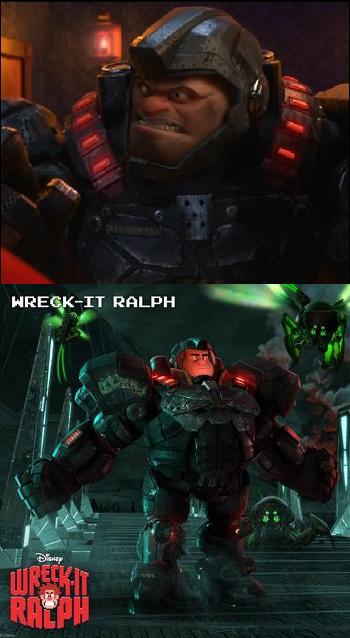 Pictured: above, Markowski himself; below, Ralph, disguised as Markowski.

One of the non-playable soldiers from Hero's Duty. Ralph meets him in Tapper's bar and steals his armor so he can game-jump without suspicion, only for Markowski not to be seen again for the rest of the entire movie (see below). 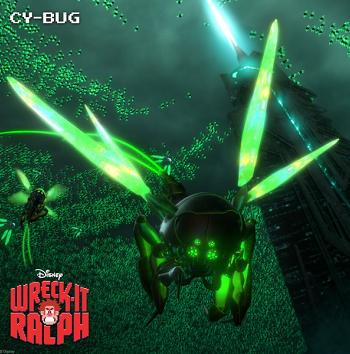 Just in case you ever wondered what Demonic Spiders would look like in a Disney movie.

The Cy-Bugs are a deadly swarm of robotic insect creatures that are the main villains of the first person shooter known as Hero's Duty. Their Hive Mind mentality and massive numbers make them a deadly foe to face, and their ability to consume and then assimilate whatever or whomever they come into contact with makes them even more frightening. 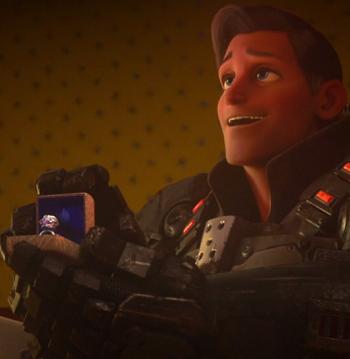 "Wow, you are one dynamite gal."

A former colleague of Calhoun's, he only exists in the backstory of Hero's Duty — the same backstory described as "the most tragic ever", since Calhoun had to witness his death before her very eyes. On her wedding day. And he was supposed to be her groom. Yeah.

General Hologram and the other holograms 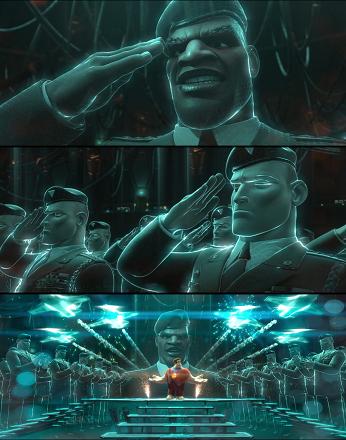 "You are the universe's greatest hero."note  Pictured: above, the General; center, the other soldiers; below, a group shot of them alongside Ralph.

The hologram of an otherwise unseen general, delivering an in-game pre-recorded Rousing Speech of his as a reward for any players who obtains the Medal of Heroes in Hero's Duty. His hologram is accompanied by those of other fellow soldiers saluting the player. 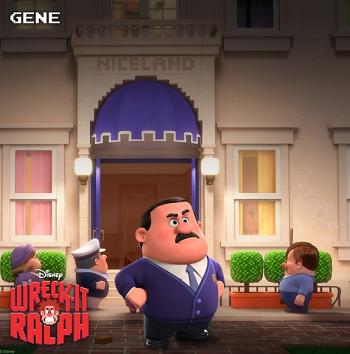 Pictured: Gene, with the other Nicelanders in the background.

The inhabitants of Fix-It Felix Jr., filling their role as innocent bystanders in theory; in practice, they're not quite as innocent as their in-game role makes them out to be, as they use Ralph's villainous role as an excuse to shun him in every possible occasion. 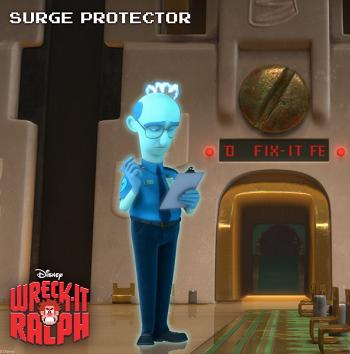 The deadpan super of Game Central Station whose job is to make sure every character is headed to their game on-schedule and makes sure it runs smoothly. 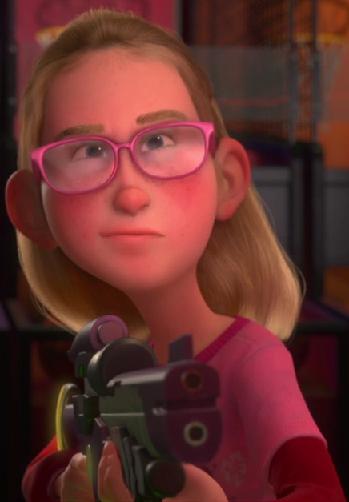 A young arcade enthusiast who visits Litwak's arcade. Most of the outside-the-cabinet "gameplay" is witnessed through her point of view. 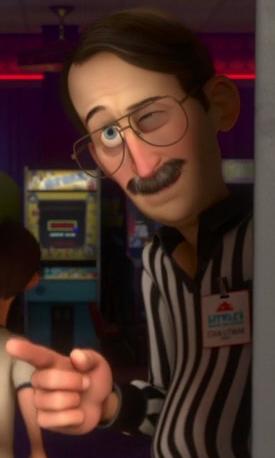 The owner of Litwak's Family Fun Center, the arcade where the film takes place.