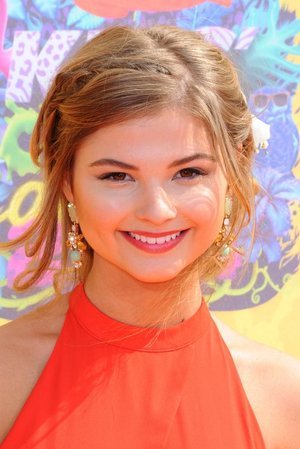 Stefanie Noelle Scott (born December 6, 1996 in Chicago, Illinois) is an American actress and singer. In the film industry, Scott is best known for her roles as Dana Tressler in the feature film Flipped, for which she won a 2011 Young Artist Award, and in No Strings Attached as Young Emma. In the television industry, Scott portrayed Lexi Reed on Disney Channel's A.N.T. Farm. She also starred in the 2012 DCOM Frenemies with Bella Thorne and Zendaya (which she worked with in the past for ads for the iCarly toyline) and the Disney Animated film Wreck-It Ralph.