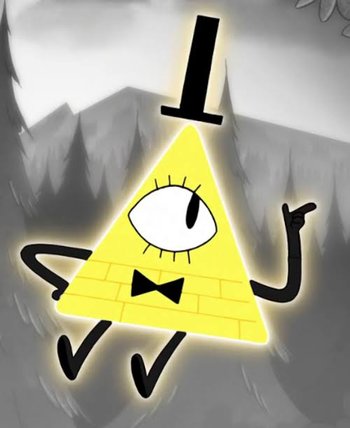 A dangerous interdimensional dream demon that was summoned by Gideon in his efforts to take over the Mystery Shack. Bill Cipher is the true main antagonist of the series who works behind the scenes in the first season, becomes prominent in the second season, and (potentially) exists in a meta level than the rest of the show's cast. He is a jovial and sadistic trickster who makes devilish deals to get what he wants, and claims that something big will soon change the world...

He has his own page here. 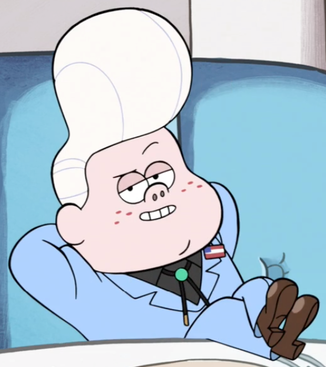 "This isn't over. This isn't the last you'll see of widdle ol' me."
Voiced by: Thurop Van Orman

The main antagonist of Season 1. Gideon Charles Gleeful, better known by his stage name, Li'l Gideon, is a self-proclaimed television psychic. He owns the Tent of Telepathy and is a competitor of the Mystery Shack. He had one of the journals, and spent the first season trying to destroy the Pines family and the shack, trying to get his hands on the rest of the journals. At the end of the season, he was thwarted, thrown in into prison, and his journal was seized by Stan, but he still plans on escaping. He represents the pentacle on the Zodiac. 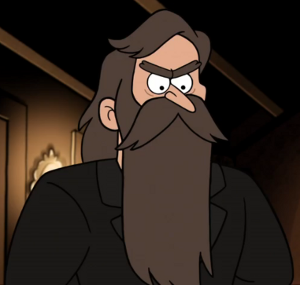 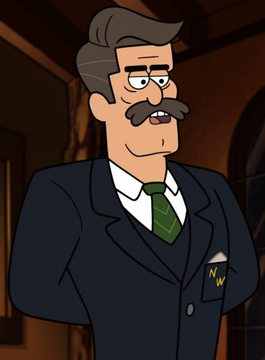 "Look at who you're talking to, boy. I'm hosting a party for the most powerful people in the world. Do you think they'd come here if they had to rub elbows with your kind?"
Voiced by: Chris Parnell ("Irrational Treasure"), Nathan Fillion (season 2)

The main antagonist of "Northwest Mansion Mystery". He is Pacifica's father, and patriarch of the Northwest family, the founder of Gravity Falls. A rich and publicly loved figure for the town, he shows immense disdain for the poor and everyone beneath him. 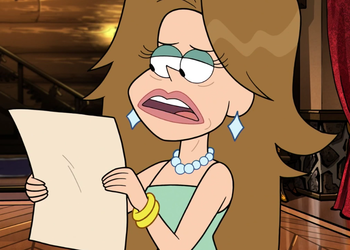 Preston's wife and Pacifica's mother. There isn't much more else to say about her. 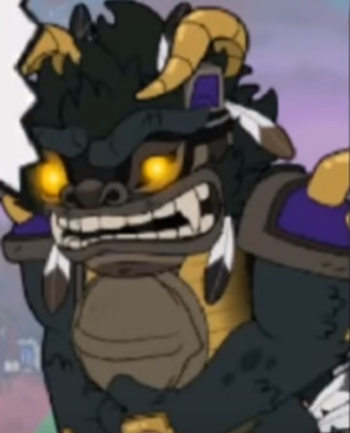 The Final Boss of Gravity Falls: Legend of the Gnome Gemulets, Gremularth is a supremely powerful being said to have wreaked havoc on Gravity Falls during a time when dark forces (including none other than Bil Cipher himself) ran amok throughout the town. The locals were able to defeat him and store him inside a magical gemulet that was then broken into several fragments located throughout the town. Unfortunately, Jeff the Gnome's scheming and manipulations lead to his reemergence in the back half of the game.