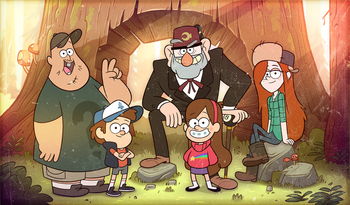 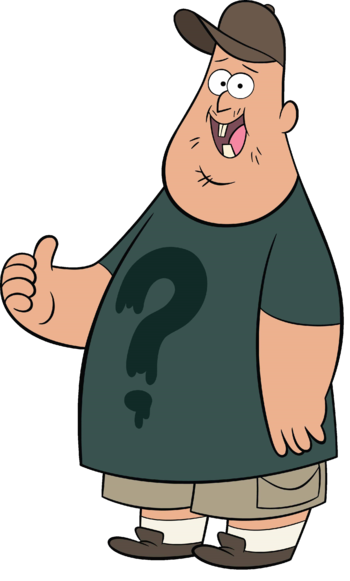 "My wisdom is both a blessing and a curse."
Voiced by: Alex Hirsch

"I have a new mission now. Protecting these kids!"

Handyman at the Mystery Shack. Soos often accompanies Dipper and Mabel on their adventures. He acts much like One of the Kids, though you'll find he's actually quite intelligent. He represents the question mark on the Zodiac. 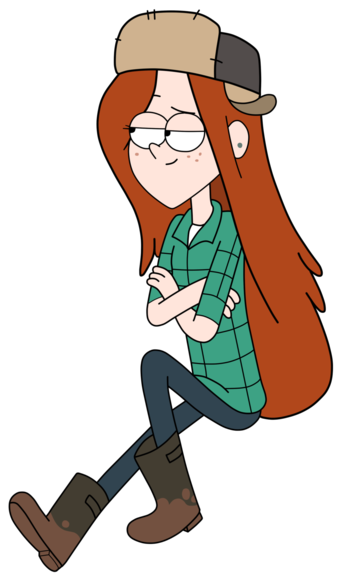 "I am the lifeguard. I make the rules, sucka! BOOSH!"

A teenager who works at the Mystery Shack. Dipper happens to have a crush on her. She relishes the chance to go on adventures with the twins. She represents the bag of ice on the Zodiac for being cool in the face of danger. 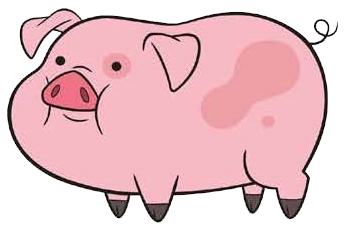 "Greetings, friends. It is I, Waddles the pig."
Voiced by: Dee Bradley Baker, Neil Degrasse Tyson (As Genius Waddles)

Mabel's beloved pet pig. She won him at the Mystery Shack's fair after guessing his weight (which was blatantly given away by his name, Ol' 15-Poundie). 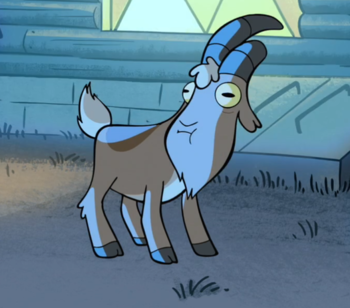 A goat commonly found on the Mystery Shack property.