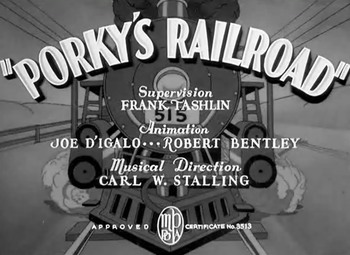 Porky is working on a railway with his old fashioned steam engine named "Toots" when he recieves a morse code message that he's being replaced by a new engineer and his streamlined Silver Fish train. Porky unwittingly challenges the engineer to a race to decide who keeps the train route, and he immediately takes up the offer.

"Say, what is that? A percolator on a roller skate?"