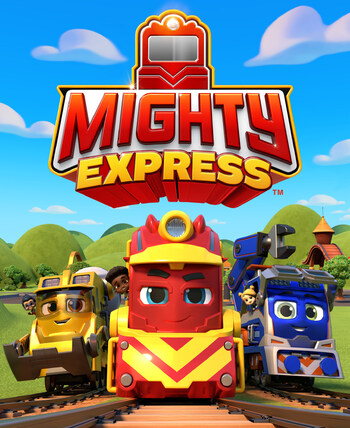 Mighty Express is a Preschool Show for Netflix, that started on September 22, 2020. It is a Canadian production by Spin Master Entertainment, the same company behind PAW Patrol, and from the mind of PAW Patrol's creator Keith Chapman. The show also airs on CBC Kids in its home country of Canada.

Set in a world where adults don't exist, in the fictional community of Tracksville, children run all the stations and businesses with sentient train engines who form the Mighty Express. Each episode has the engines learn valuable lessons and ensure every vehicle and kid alike will live together in unity.