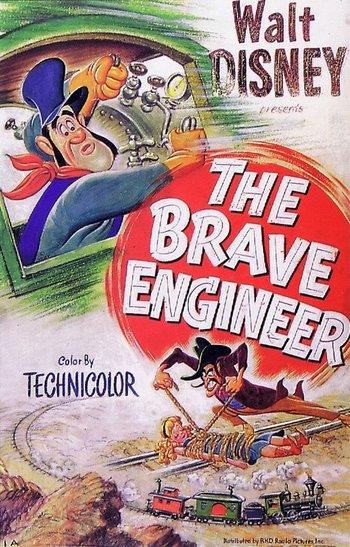 "Come, all you rounders, if you want to hear
The story all about a brave engineer..."

"Ah, 'tis morning, and all the trains in the railroad yard are fast asleep—all except Casey's; his engine is slow asleep!"
-Jerry Colonna in the opening narration

The Brave Engineer is a 1950 Disney short based on the ballad of Casey Jones, where Casey has to deliver the mail on time. No matter how many obstacles block the path, he'll ensure the Western Mail reaches the station in time. Naturally, Hilarity Ensues.

The Brave Engineer provides examples of: