The Crawleys of Downton Abbey 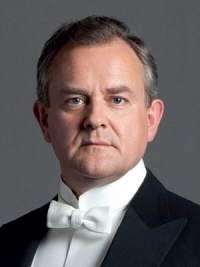 Portrayed by: Hugh Bonneville
"My fortune is the work of others, who laboured to build a great dynasty. Do I have the right to destroy their work, or impoverish that dynasty? I am a custodian, my dear, not an owner. I must strive to be worthy of the task I have been set."
Advertisement:
Cora Crawley 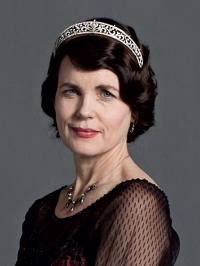 Portrayed by: Elizabeth McGovern
"No one ever tells you about raising daughters. You think it’ll be like Little Women, and instead they’re at each other's throats from dawn til dusk."
Lady Mary Talbot 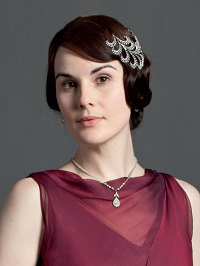 Portrayed by: Michelle Dockery
"Well, it's nothing to me. I've bigger fish to fry."
Lady Edith Pelham 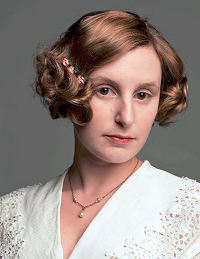 Portrayed by: Laura Carmichael
"Am I to be the maiden aunt? Isn't this what they do? Arrange presents for their prettier relations?"
Lady Sybil Branson 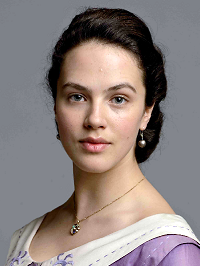 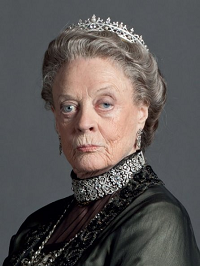 Portrayed by: Dame Maggie Smith
"No Englishman would dream of dying in someone else's house, especially someone they didn't even know."
Advertisement:
Lady Rosamund Painswick 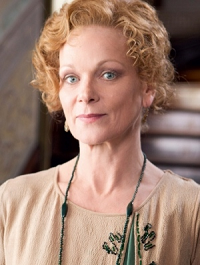 Portrayed by: Samantha Bond
"Mary, be sensible. Can you really see yourself dawdling your life away as the wife of a...country solicitor?"
Sybbie Branson 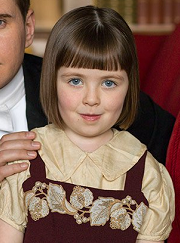 Portrayed by: Ava Mann/Fifi Hart
"I'll not be separated from her. She's all I have left of her mother." — Tom Branson
George Crawley 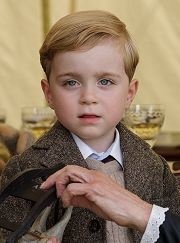 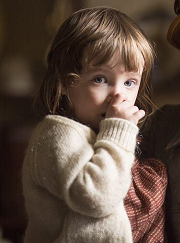 Portrayed by: Eva & Karina Samms
"It has to be a complete secret from my family." — Lady Edith
Pharaoh, Isis, and Tiaa 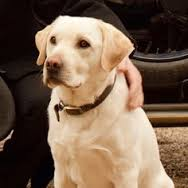 The Crawleys of Manchester 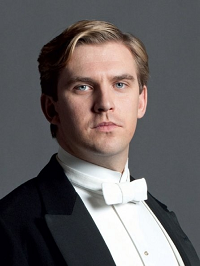 Portrayed by: Dan Stevens
"I have to be myself, Mother. I'm of no use to anyone if I can't be myself."
Isobel Grey 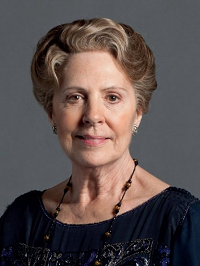 Portrayed by: Penelope Wilton
"It would be foolish to accuse you of being unprofessional, since you've never had a profession in your life." 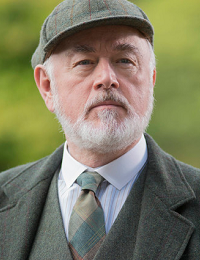 Portrayed by: Peter Egan
"Love is like riding or speaking French. If you don’t learn it young, it’s hard to get the trick of it later."
Susan MacClare

The Most Honourable Susan MacClare, Marchioness of Flintshire 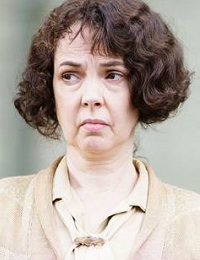 Portrayed by: Phoebe Nicholls
"Stand up Rose, you're slouching like a fieldhand."
Lady Rose Aldridge 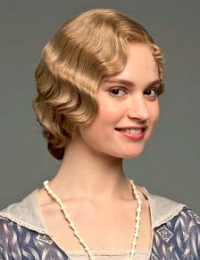 Portrayed by: Lily James
"But Princess Mary has one just like it! It's the fashion now!" 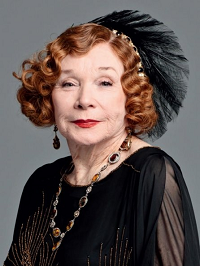 Portrayed by: Shirley MacLaine
"It seems so strange to think of the English embracing change."
Harold Levinson 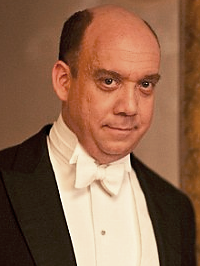