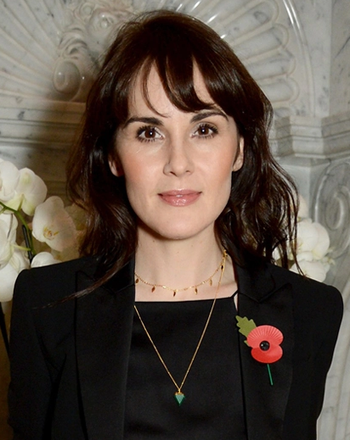 Michelle Suzanne Dockery (born 15 December 1981 in Rush Green, London) is an English actress. She started out in theater and transitioned to television films, and became well-known to international audiences for her role as the spirited heiress Lady Mary Crawley on Downton Abbey and its 2019 film sequel. Other notable works include the series Godless and the films Anna Karenina and The Gentlemen.