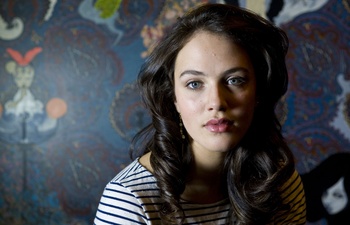 Jessica Rose Brown Findlay (born 14 September 1989 in Cookham, England) is an English actress seeing success in television, film, and theatre, but probably most famous for her role as the rebellious Lady Sybil in Downton Abbey. Around the same time as the show's premiere, she also took the lead role in the film Albatross, for which she was nominated as the Most Promising Newcomer at the Independent Film Awards. Since then, she has established herself as a leading lady performing alongside major names, but maintains a level of anonymity somewhat available by not living full-time in the USA.

Some of her great theatrical roles are appearances in West End productions as Ophelia in Hamlet, Electra in The Oresteia, and Sonya in Uncle Vanya. From these she became an actress associated with the Almeida Theatre, and won a National Theatre award.

Her trademark is the almost mystical quality of her voice, somehow both light and high yet gravelly and low, and with a natural song-like cadence. This has been plot-relevant in several of her (screen) roles and a notable feature in others; in Misfits her character's meta-human power was a Compelling Voice and in Black Mirror her voice is so interesting as to cause the entire plot of her episode and create the Signature Song for several other episodes of the show.

Note that her surname is Brown Findlay and so should be alphabetised under B, as shown by the credits of