See here for more info about him.

See here for more into about her. 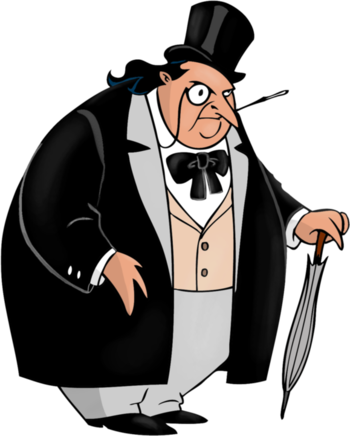 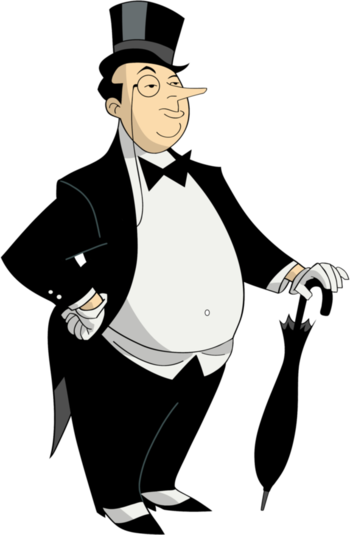 A short, chubby, well-dressed man, who fancies himself a classic Gentleman Thief, but his manners leave much to be desired. Has a penchant for using birds to aid in his crimes.

"THE LAW?! Here's the only law! The law of averages! The great equalizer!"
Click here to see his redesign 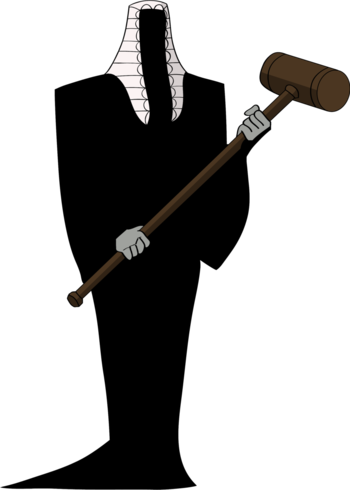 The district attorney of Gotham City with a dark side he's repressed for years. Once a powerful ally of Batman's war on crime, an explosion at a chemical plant caused by Rupert Thorne destroyed the left side of his face with hideous scarring as well as pulled his dark side (called "Big Bad Harv") into the forefront of his mind. He always makes decisions based on chance, flipping a two-headed coin (where one side is scratched up) before acting.

"It's just the darnedest thing. I have this natural immunity against poisons, toxins, the pain and suffering of others... Go figure."
Click here to see her redesign

Dr. Pamela Lillian Isley was a botanist who led a secret life as the eco-terrorist Poison Ivy. Her ruthless methods frequently landed her in Arkham Asylum. 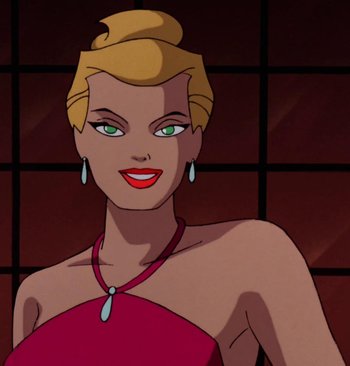 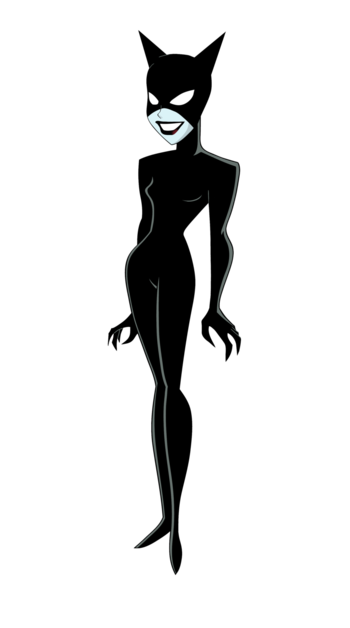 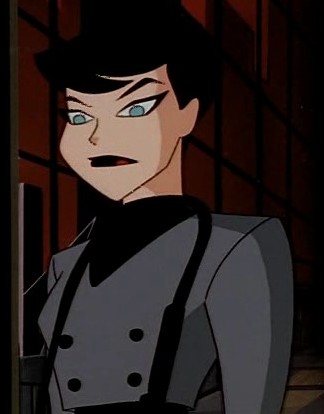 Voiced by: Adrienne Barbeau
Appearances: Batman: The Animated Series | The New Batman Adventures | Gotham Girls
"I am the cat who walks by herself."

She is an animal rights activist with a thing for cat burglaries on the side. Selina doesn't outright oppose Batman but the two don't see eye to eye due to her hobby. In times of mutual crisis, Catwoman has been known to assist Batman for the shared greater good.

A centuries-old man who is the head of a vast network of henchmen and wealth. His schemes, some way or another, seek to save the environment from mankind or further his life so he can continue his efforts with the former. The Joker may be Batman's Arch-Enemy, but due to his power, agenda, and clever mind, Batman considers Ra's a dangerous foe.

Talia al Ghul is the daughter of Ra's al Ghul. She doesn't always see eye to eye with him. 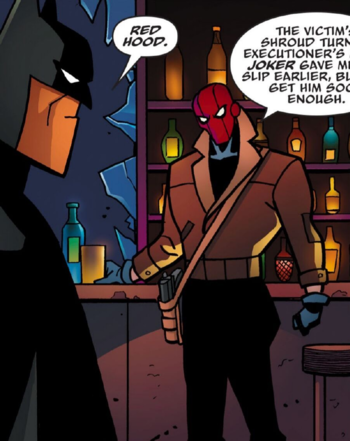 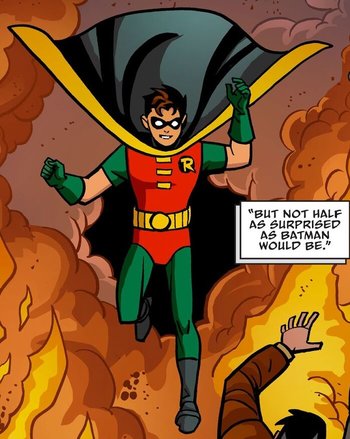 Jason Todd is the second Robin, seemingly killed at the hands of the Joker, he makes his grand return to Gotham and manages to impersonate Batman.