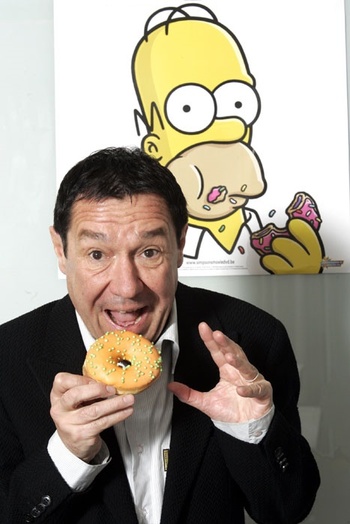 He is a well known voice artist, most famous for providing the French voice of Homer Simpson, most incarnations of the Batman villain The Penguin since Batman Returns, and for dubbing Danny DeVito in most of his roles.

He is married to fellow voice artist Véronique Augereau, the French voice of Marge Simpson. Both appeared as themselves in a short film, Being Homer Simpson.