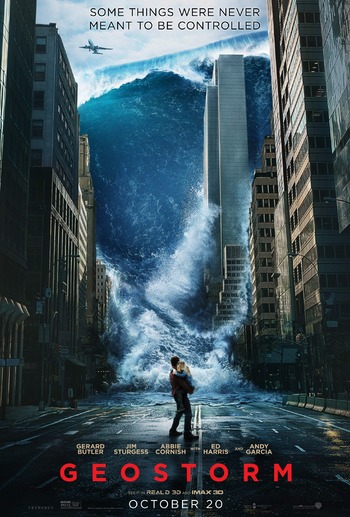 20 Minutes into the Future, when climate-controlling satellites malfunction and release disaster-creating small pods all over the world, Jake Lawson and his other fellow astronauts head into space to prevent the satellites from programming the small pods into creating a storm of epic proportions. They soon discover that the disasters weren't caused by a malfunction, but were done with intention and the only person who has the kill codes to shut down the satellites is President Andrew Palma.

I see skies of blue and clouds of white
The bright blessed day, the dark sacred night
And I think to myself what a wonderful world...