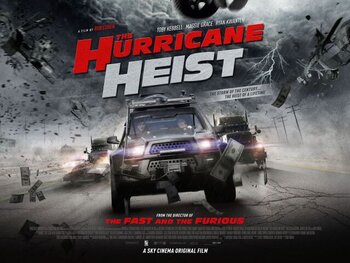 A 2018 Disaster Heist film directed by Rob Cohen that has two brothers (Toby Kebbell and Ryan Kwanten) dealing with a group of rogue treasury agents planning to use an upcoming hurricane to rob a bank with the help of another treasury agent (Maggie Grace).