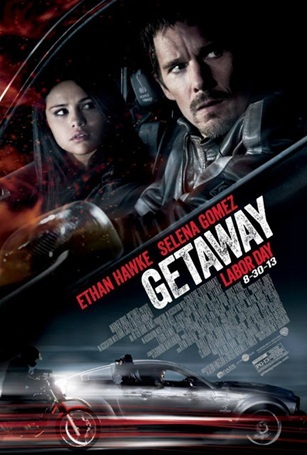 A 2013 action-thriller directed by Courtney Solomon.

Brent Magna (Ethan Hawke), a retired race-car driver, is put into a race against time when his wife is kidnapped by a mysterious man (Jon Voight) who threatens to kill her unless Brent follows his orders. During Brent's mission for the kidnapper, a young woman (Selena Gomez) only known as "The Kid" attempts to carjack him, but is dragged into the vehicle and forced to help him.

Not related to the 1972 crime drama The Getaway, the 2002 Video Game The Getaway or the sequel to the pinball table High Speed subtitled The Getaway.